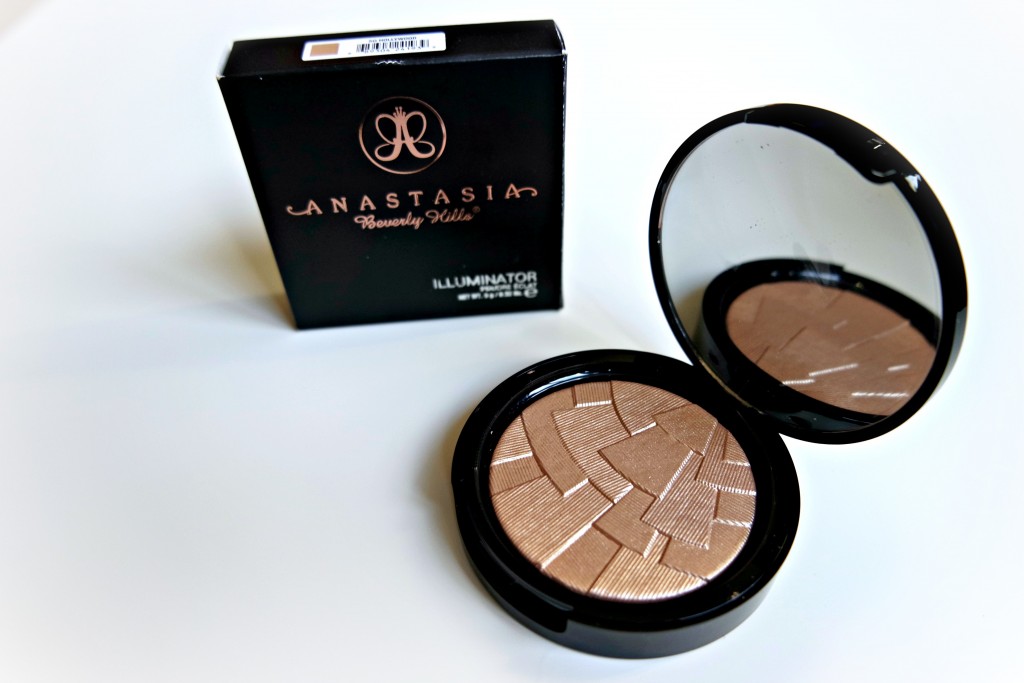 Anastasia Beverly Hills has transitioned over the years from being a brand specialized in brow products, to a brand that offers a variety of amazing quality make-up products. I’ve already been a huge fan of their brow products and liquid lipsticks. Since I’m also a big highlighter fan, I was curious about the Anastasia Beverly Hills Illuminators. The Illuminators are available in for shades which unfortunately, some of them have been sold out for months.  But since I’m going to give one away, I’m going to review the shade in So Hollywood for this post. 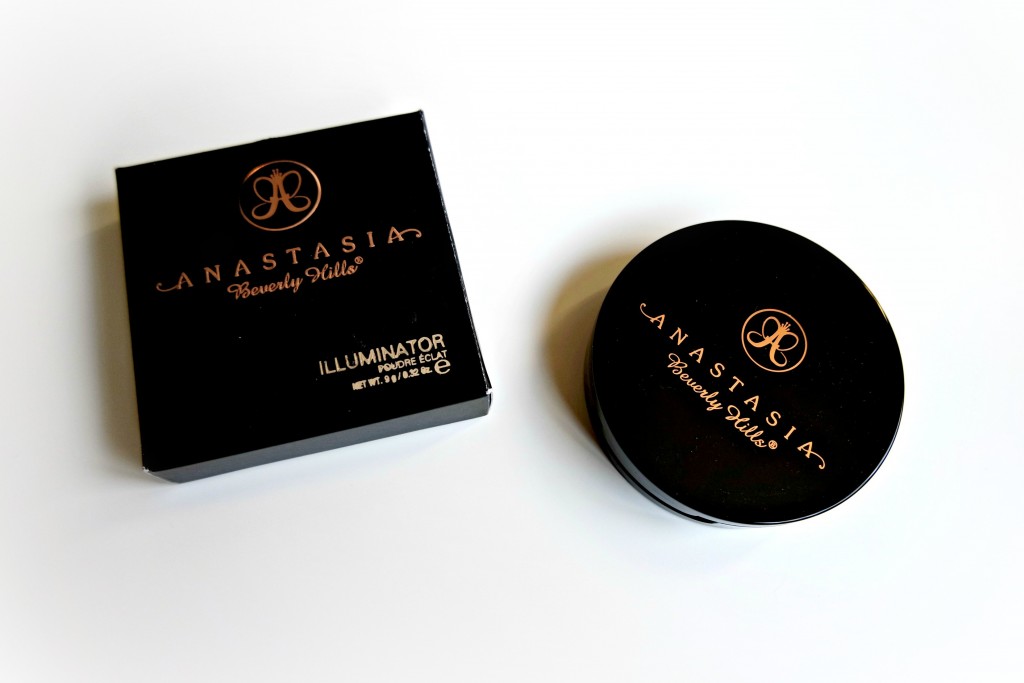 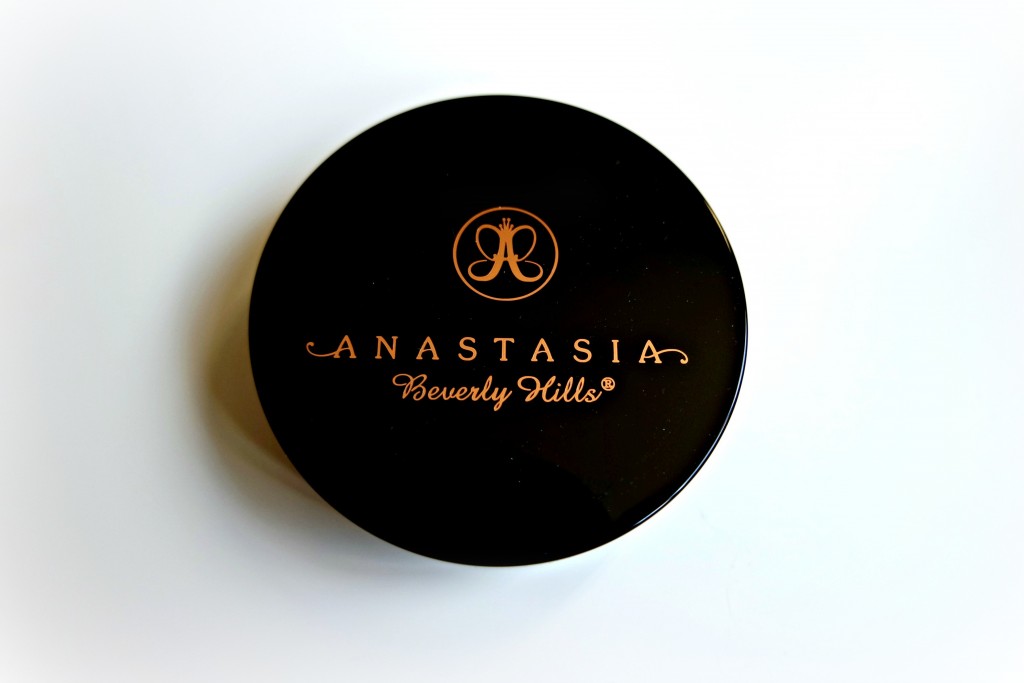 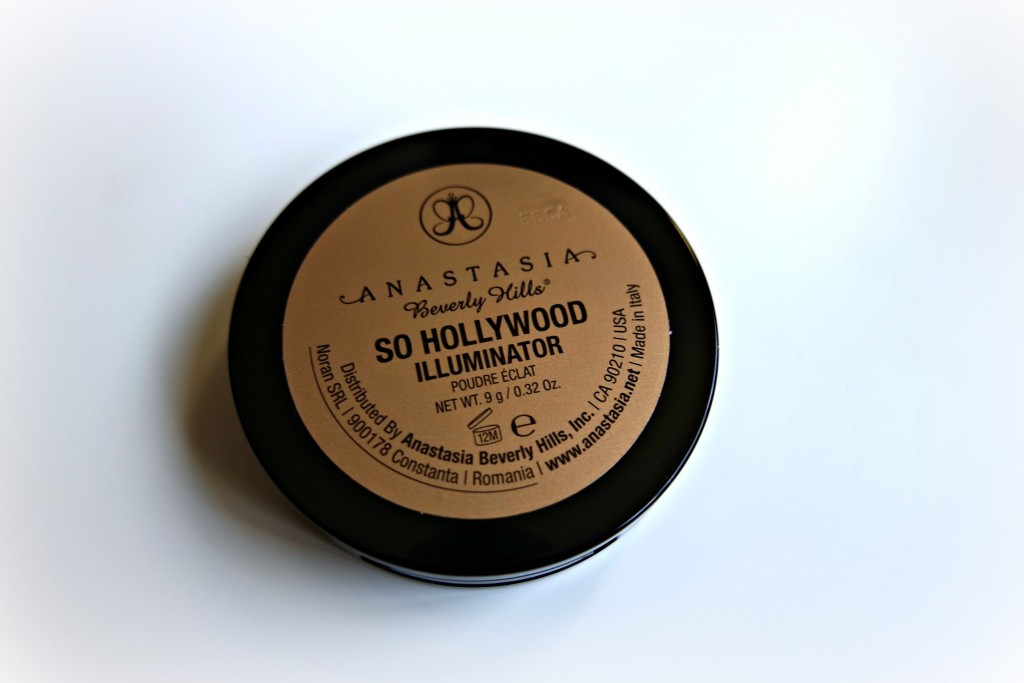 The Anastasia Beverly Hills So Hollywood Illuminator comes in a black, simple and modern box like all the other Anastasia products. The Anastasia logo is printed on the box and the same image is also on top of the compact itself. The compact is glossy and black, made of sturdy plastic. The back of the compact has a big gold label with all the information of the Illuminator. I really like how the compact looks. It is very luxurious looking and sturdy. 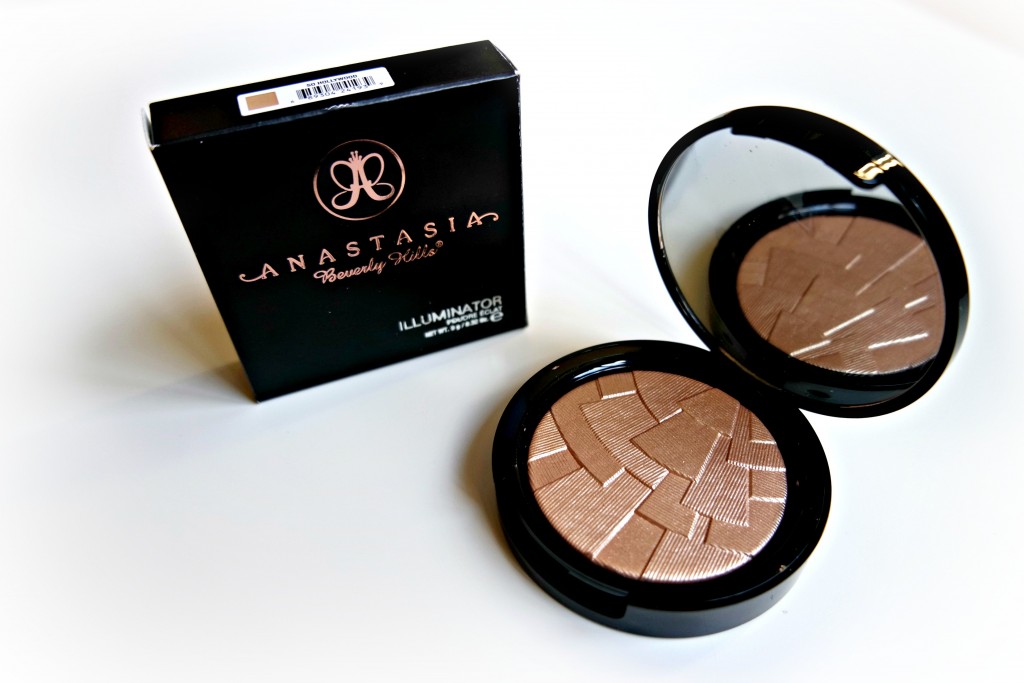 The compact has a regular “clicking” opening/closing system. I really hoped that a high quality product would have a button or something (because it’s extra fancy) for opening/closing but it does close properly. I’m not afraid that this would open accidentally in my purse. There’s a mirror as big as the compact on the top part. You can fix the lid in place so it’s very easy to use this compact for touch-ups while traveling. 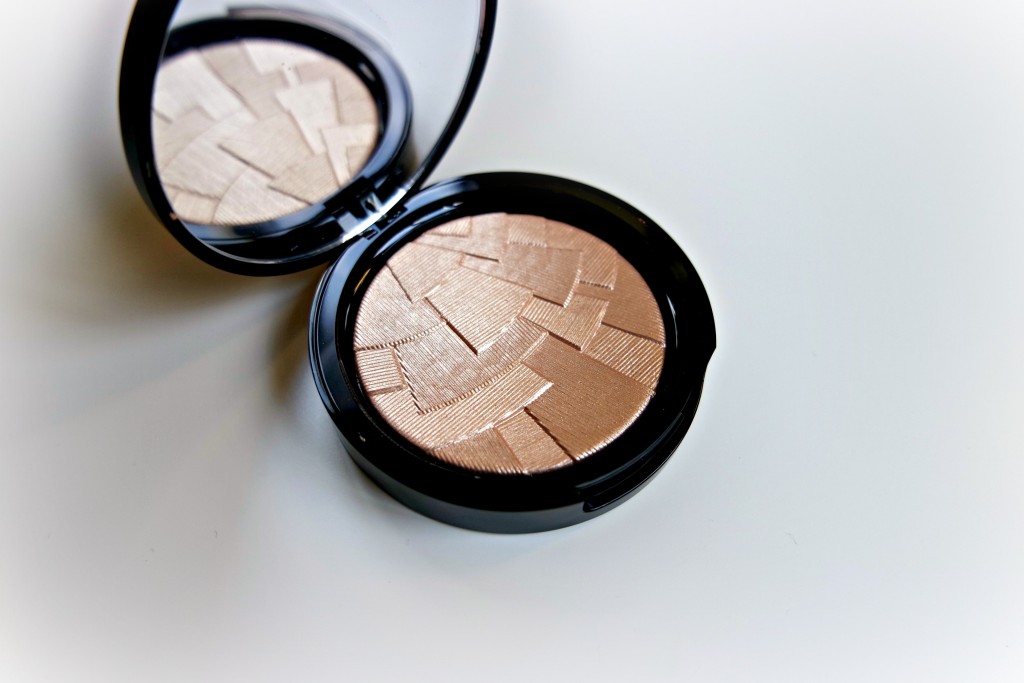 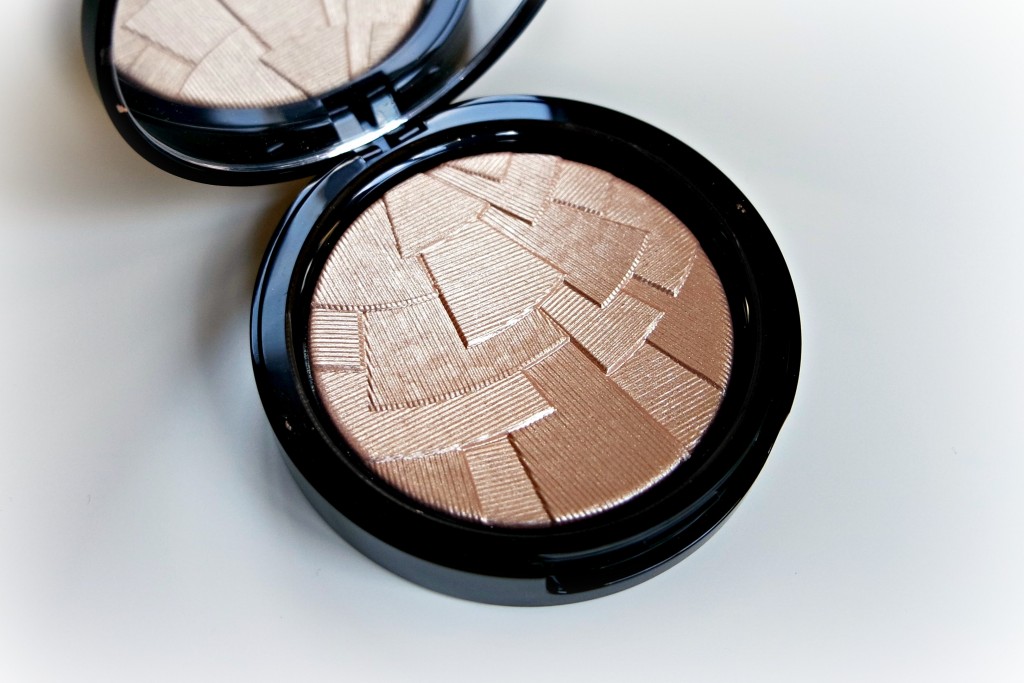 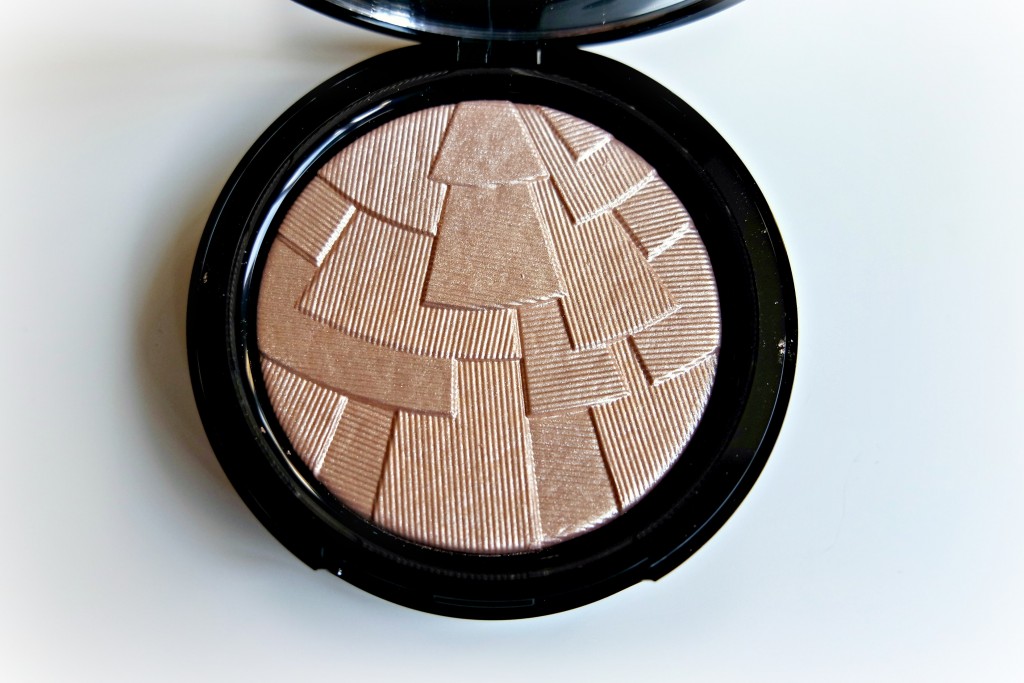 Ok, this is one of the major reasons why I had to have the Anastasia Beverly Hills So Hollywood Illuminator. Look at these pictures, LOOK AT THEM!! Seriously I’m absolutely in love with the way they pressed the highlighter in the pan. Pictures don’t even do this justice because it’s all 3-D like and shiny. I was almost reluctant to even use this highlighter because of this print. It’s so abstract and ughh I’m just drooling over this thing. Bravo Anastasia, bravo. 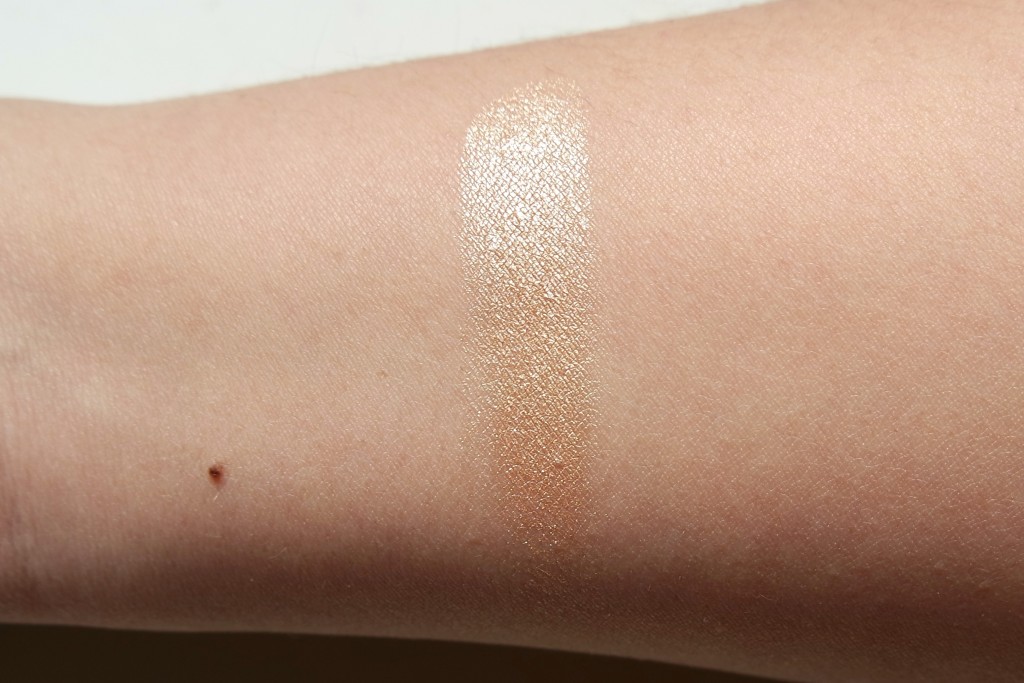 At first, I was a bit disappointed in the highlighting effect of the Anastaia Beverly Hills So Hollywood Illuminator. It didn’t look as strong at first, but I noticed that the upper layer is a bit stiffer compared to what’s underneath. Then I swatched it again and it is the most intense highlighter I own. Again, pictures don’t do it justice. It is a true, pale gold. The highlighter looks very metallic and does contain quite some shimmer, but doesn’t contain glitter. 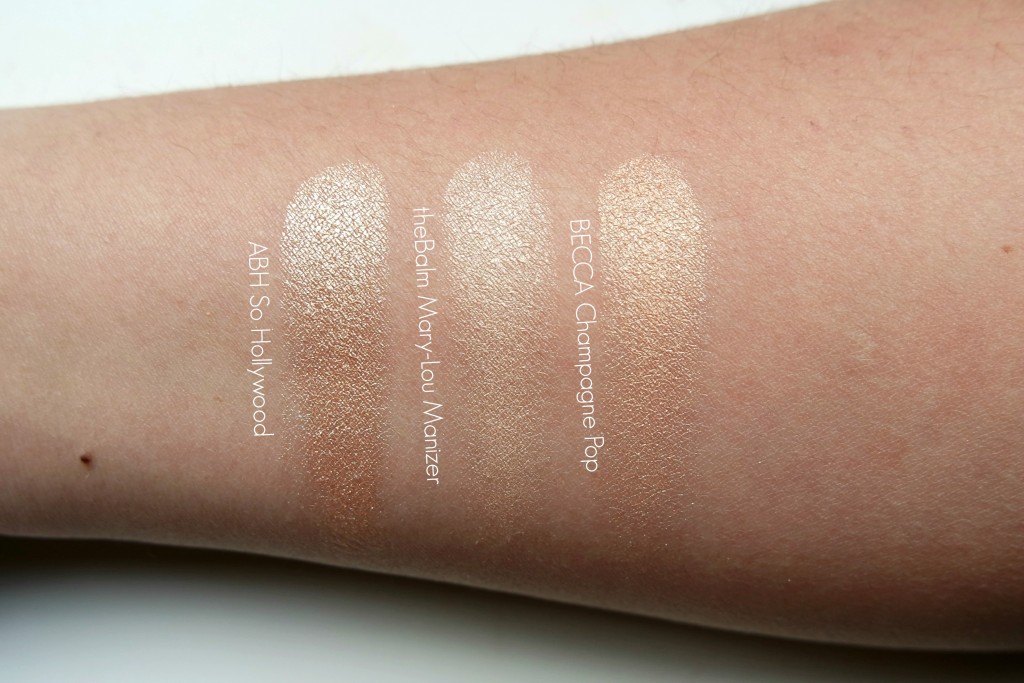 I’ve also compared Anastasia Beverly Hills So Hollywood to the popular highlighters theBalm Mary-Lou Manizer and BECCA Champagne Pop. So Hollywood is definitely the strongest of them all. It’s so mindblowing because you can already see other ones, especially Champagne Pop from the moon, so you can probably see So Hollywood from Mars. The powder is also much more dense compared to Champagne Pop. I’ve seen many people having issues with Champagne Pop breaking, mine also has a tear but you probably won’t have that issue with So Hollywood. 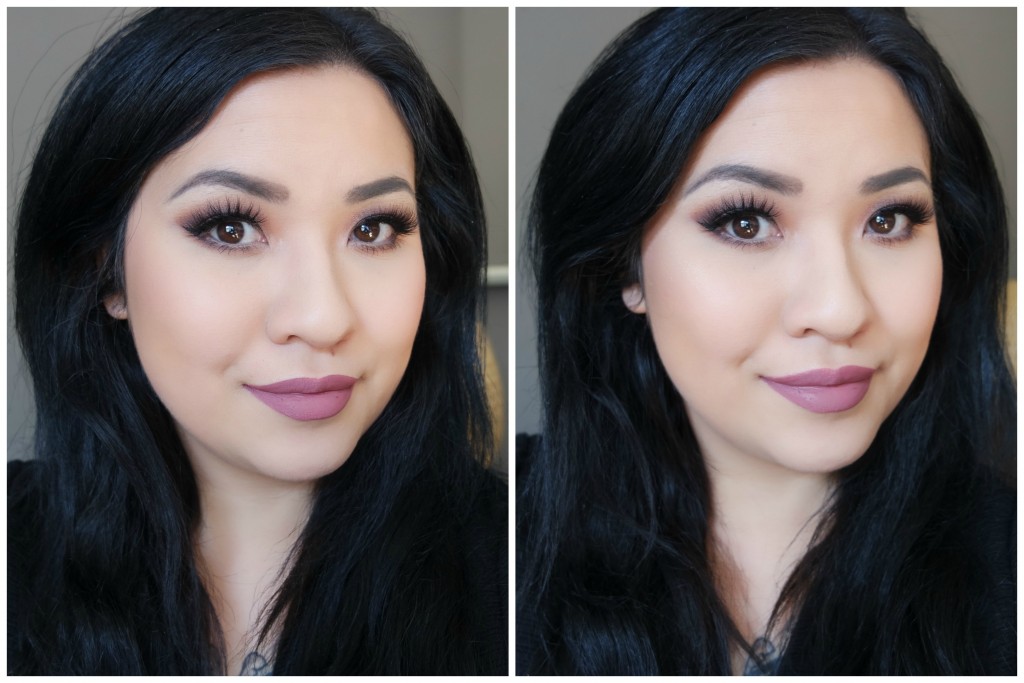 Here’s a before/after picture using the Anastasia Beverly Hills So Hollywood Illuminator. Why are highlighters so difficult to capture as soon as it is on your face? Like I said before time and time again, pictures don’t do this highlighter justice. I only used the highlighter on the highest points of my cheeks and a small bit for my cupids bow. 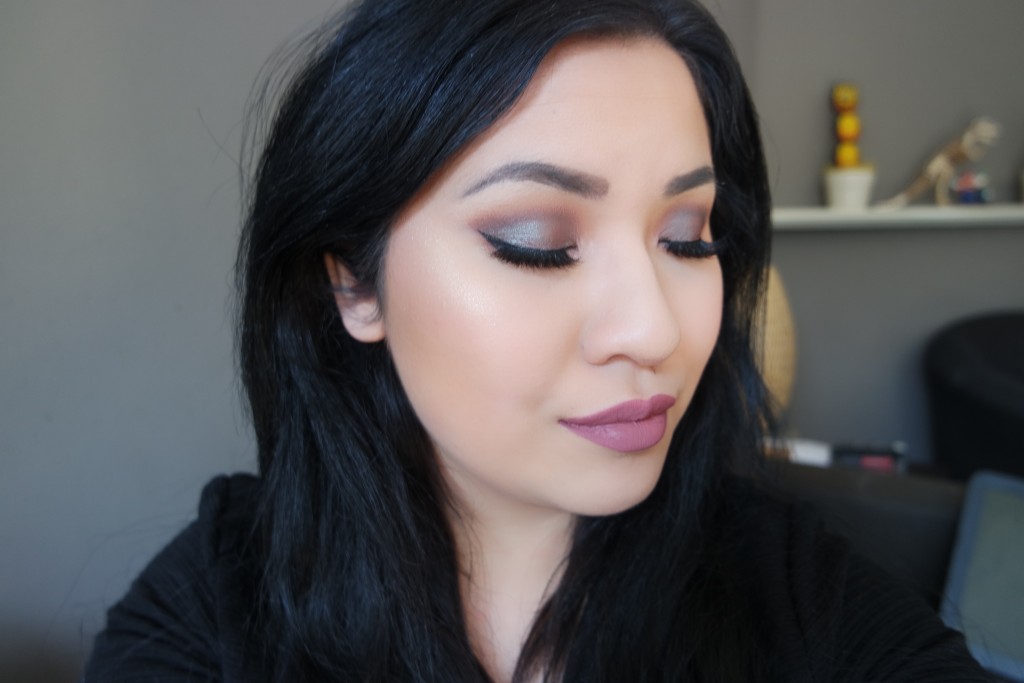 The only downside of the Anastasia Beverly Hills So Hollywood Illuminator is that I personally find it too way shimmery in direct sunlight. I feel I look a bit like a discoball but I don’t have that problem at all when I’m indoors. I also have that issue with BECCA Champagne Pop so if you’re not a fan of super strong highlighters, I won’t recommend this one but if you do, GET IT ASAP! 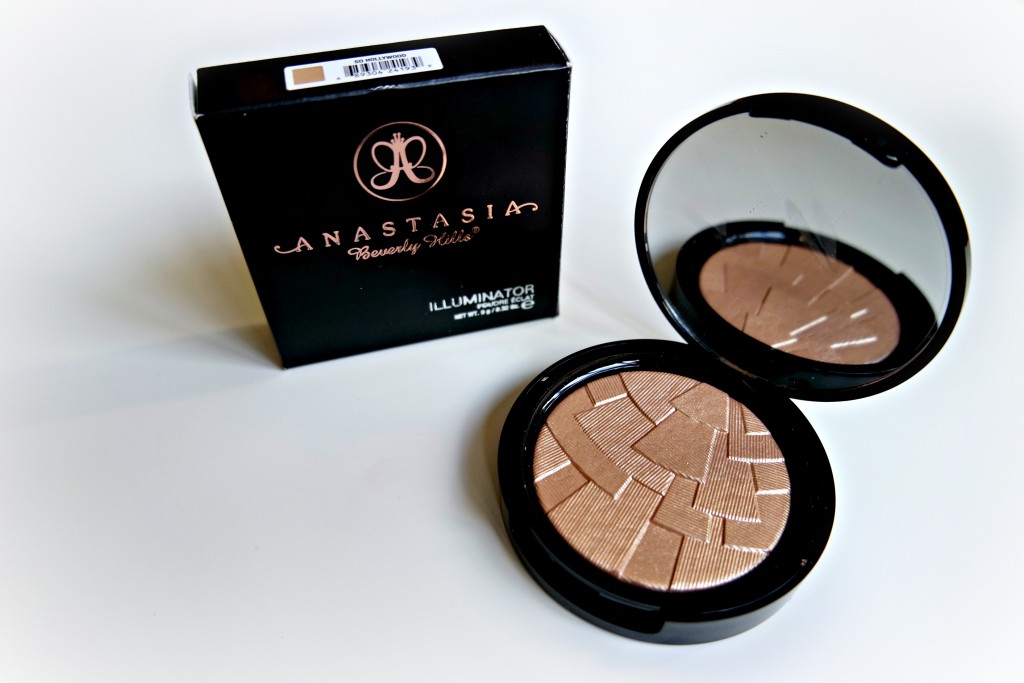 Unfortunately, the Anastasia Beverly Hills So Hollywood Illuminator has been sold out for quite some time. Anastasia currently has two other Illuminators shades on their own website for $28 USD (Excluding Shipping and Customs Tax, check xe.com for the current price in Euro). The same shades are also available on BeautyBay.com for €33.90 Euro, but I have never seen So Hollywood being available there.

These Illuminators should be permanent, but as some of you already know, Anastasia is very slow with re-stocking, especially when they are busy creating new products like their Glow Kits. I do own the Glow Kit in That Glow but I havent been able to play around with the kit to really compare this with the Illuminator. When I’m going to review the kit, I will definitely compare the intensities!

I’ve seen this shade being offered on Ebay for $150 USD and biddings on Marktplaats.nl for 60+ Euro so I’m really excited for my readers to be able to give one of these away. The giveaway will open on Friday so be sure to join if you want to have a chance to win this beautiful highlighter!

Are you going to join the giveaway next Friday?