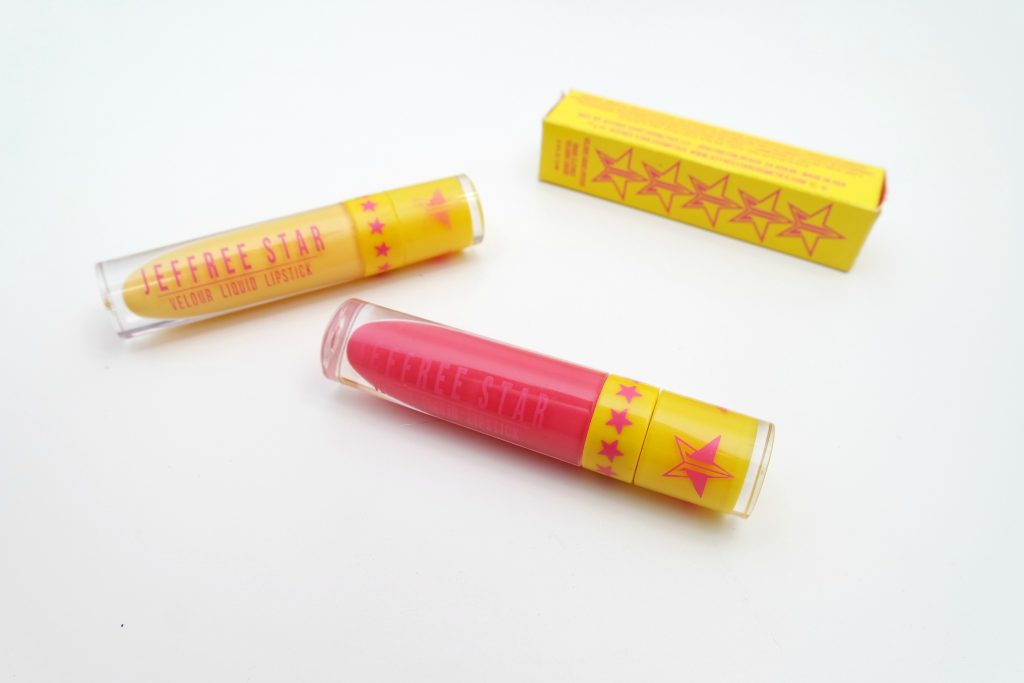 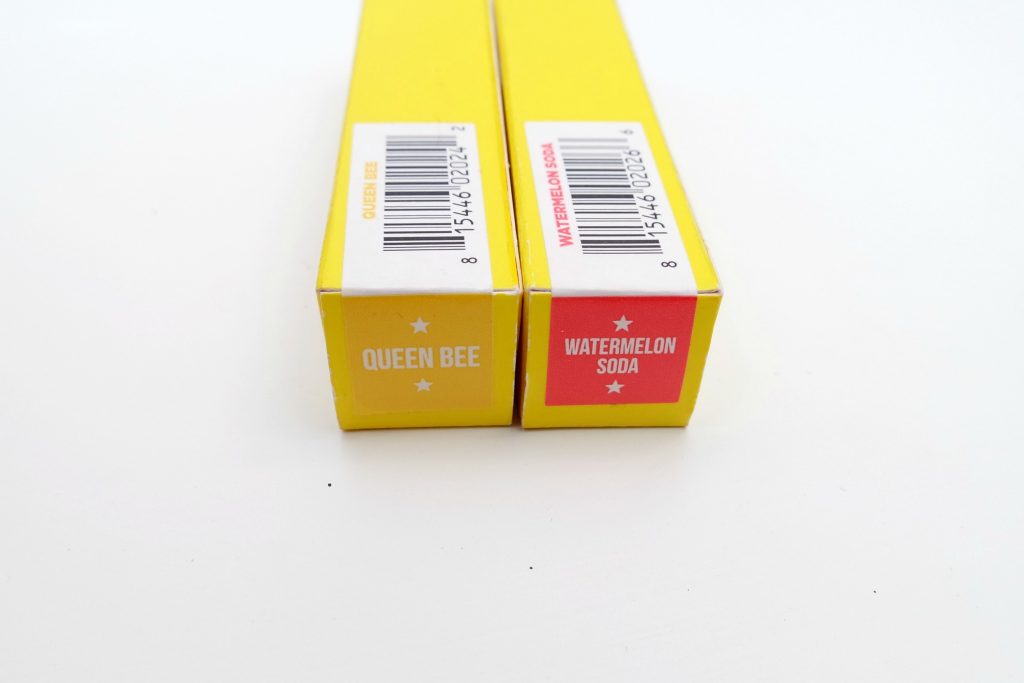 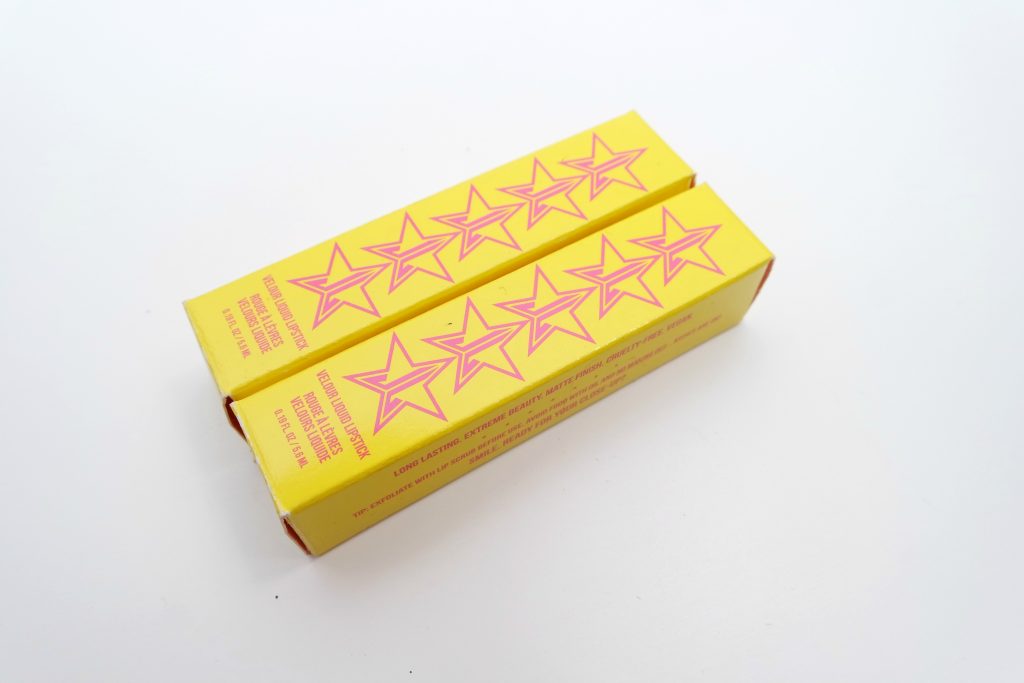 The Jeffree Star Cosmetics Summer 2016 Velour Liquid Lipstick shades come in a Limited Edition Packaging. Instead of the regular Pink box with Metallic Rose Gold details, these lipsticks come in a Yellow box with Matte Pink details. I only purchased two of the five Limited Edition Summer 2016 shades because the others seem way too light for my skintone. 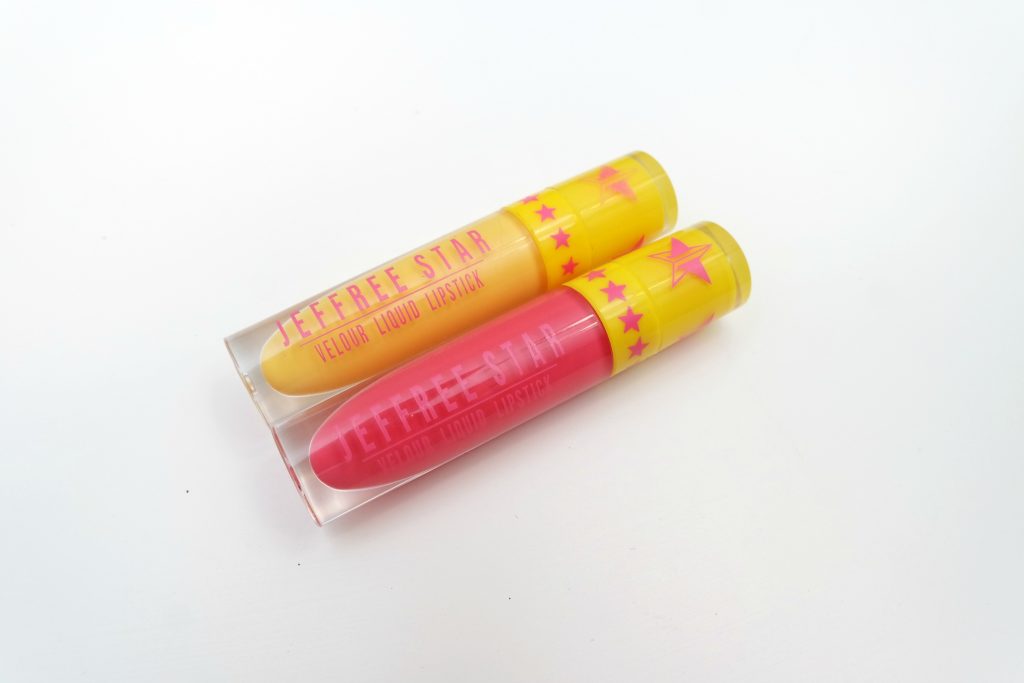 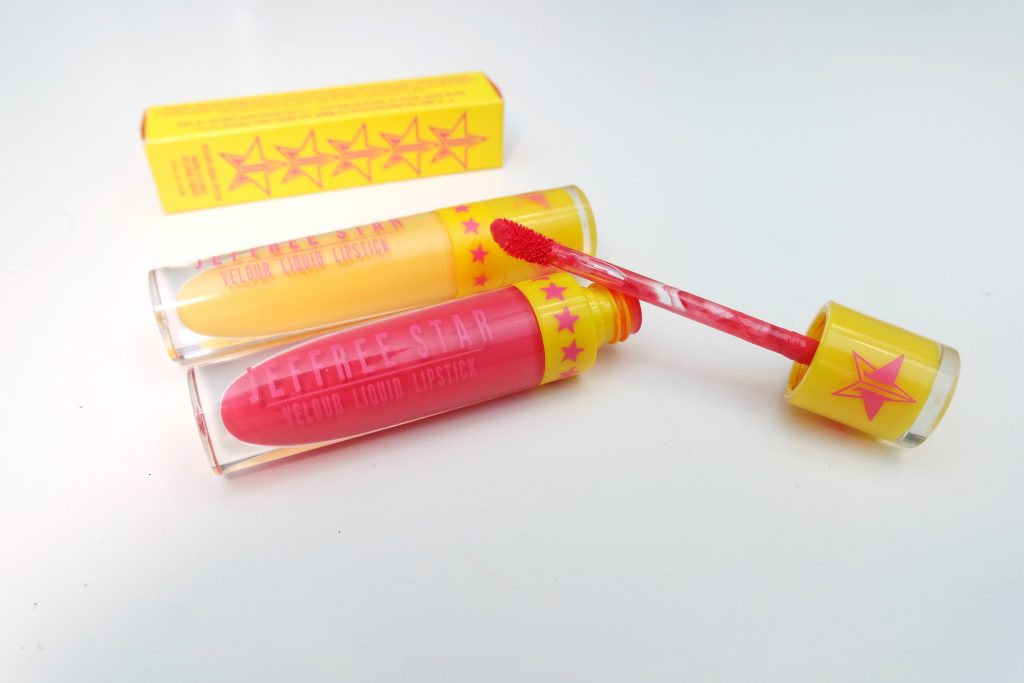 The same color change also applies for the lipstick tubes themselves. I’ve noticed that one of the Pink Stars on the shade Queen Bee has faded. Not sure if this was like this when I received the lipstick or if it has already faded due to usage (which is very minimal). Anyways, I’ve never had this problem before so I would suggest to be careful with these Limited Edition shades because it seems like these prints are easier to scratch off. The doe foot applicator is the same like any other Jeffree Star Velour Liquid Lipstick, a transparent wand with a fluffy applicator that has a curved shape in the middle. I always loved the wand of the Jeffree Star Cosmetics Velour Liquid Lipsticks. The wand feels soft and makes application very easy for me. 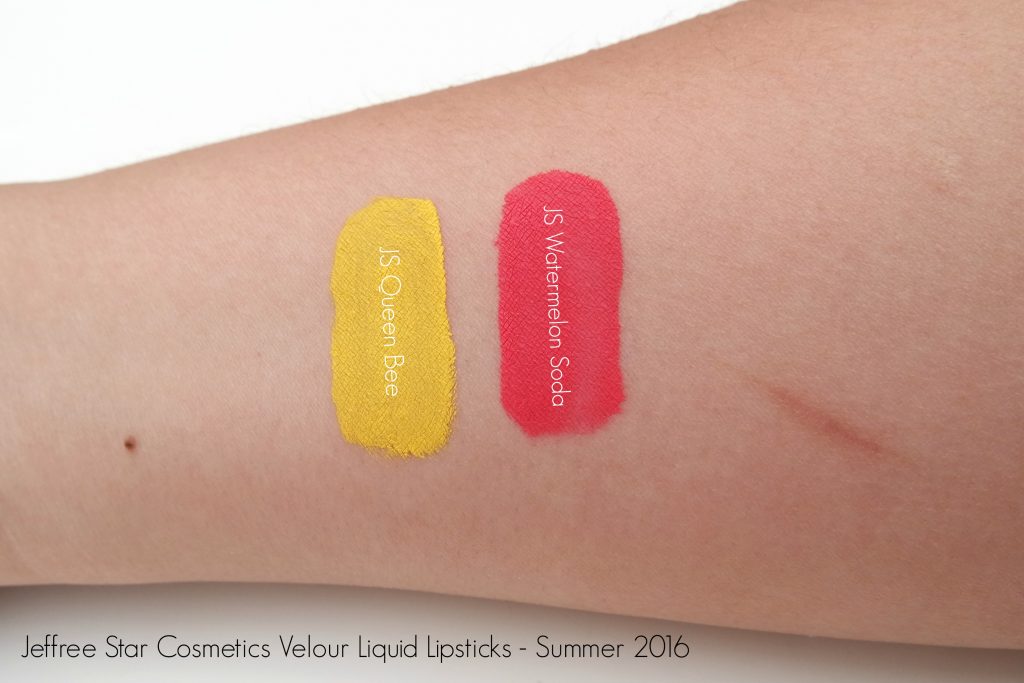 Here are the swatches of Jeffree Star Queen Bee and Watermelon Soda. These shades are both pigmented but not fully opaque. They have completely different formulas so I will explain everything in detail down below. They both have a Watermelon Jolly Ranchers scent. I have no idea what that is but if you have ever tried the Pickwick Tea Melon flavor before, it exactly smells like that. 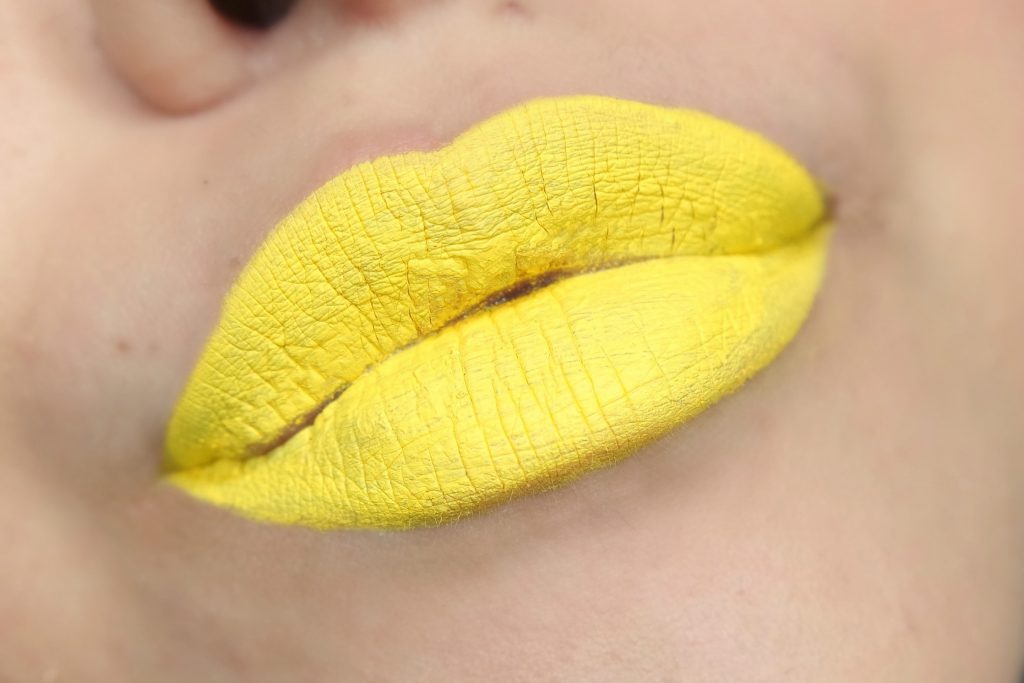 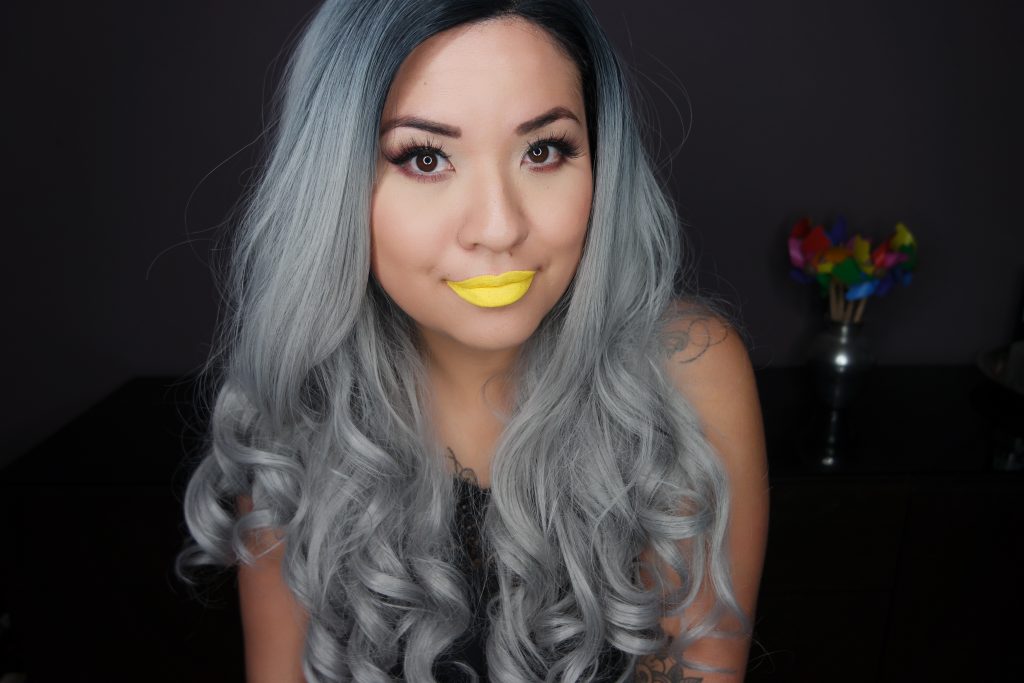 Jeffree Star Velour Liquid Lipstick in Queen Bee is a Yellow shade with a matte finish. This lipstick is obviously not made to wear on its own (but rock it if you want to). This shade is more suitable for things like ombré and lipart. This shade was very hard to work with. Its formula is very thick and patchy. Even after 2 layers, it still looks very streaky on my lips. It also cracks and crumbles very easily, especially on the inner part of my lips. It actually immediately crumbled around those areas after taking these pictures. I can’t say for how long this shade will last, because I’m not planning to wear this shade on its own for a longer period. I do really like the shade for ombré and lipart though so I will definitely make use of this shade in the future.

Here’s an example of how I used Queen Bee for a Rainbow Ombré Lipart on Instagram. I think for these purposes, this shade is beautiful. The formula does still give some problems though since it’s not opaque. 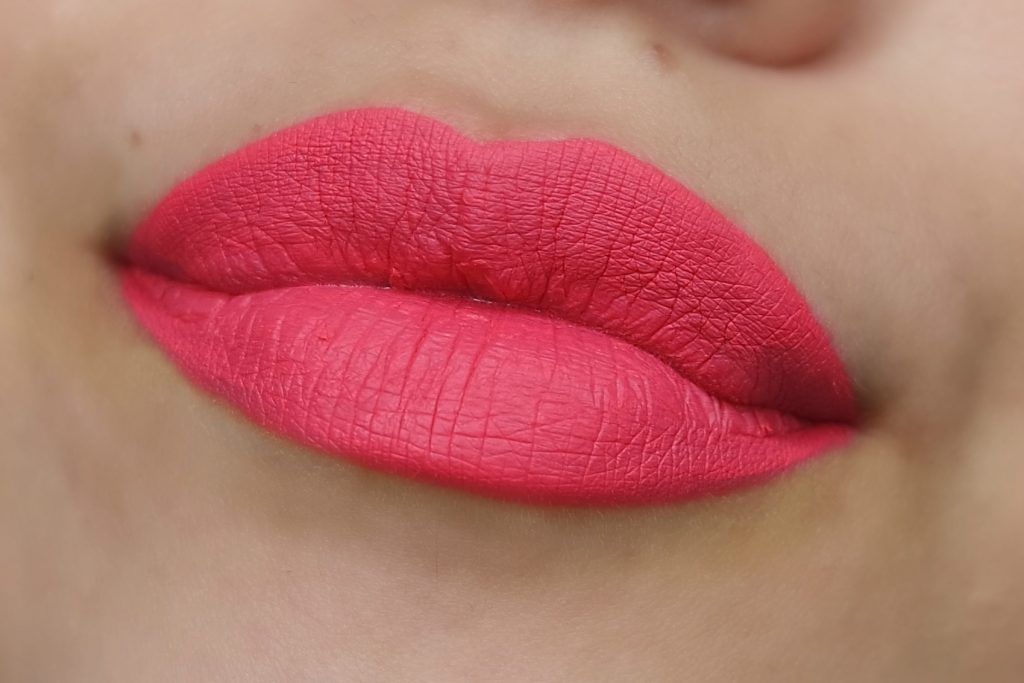 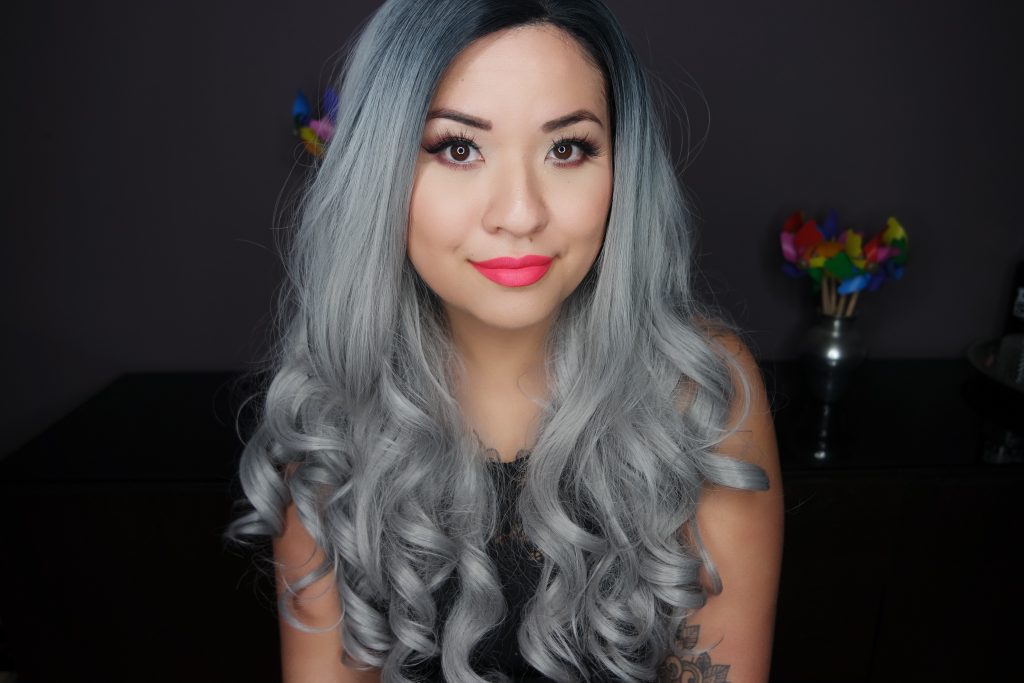 Jeffree Star Velour Liquid Lipstick in Watermelon Soda is described by Jeffree as a Bright Reddish Pink. I would describe this as a Bright Pink Coral shade myself. This shade just screams Summer to me. I really love it and I think this shade would look great on many skintones. I have noticed that for some other people, it tends to go more orange than pink. The formula of Watermelon Soda is the exact opposite of Queen Bee. It’s very thin and runny, which will need two coats for full opacity. I find it looking good after those two coats, but I have seen that other people have more problems with it. The shade is comfortable and very lightweight. Since this lipstick is so thin, you will see the differences in layers so needs to be completely renewed after a meal. If you’re eating and/or drinking carefully, this shade will stay on longer (which was all day on myself).

Here’s an example for an Ombré Lip I’ve done using both Queen Bee and Watermelon Soda. I really love these two shades together. I think they’re very complimenting to each other. 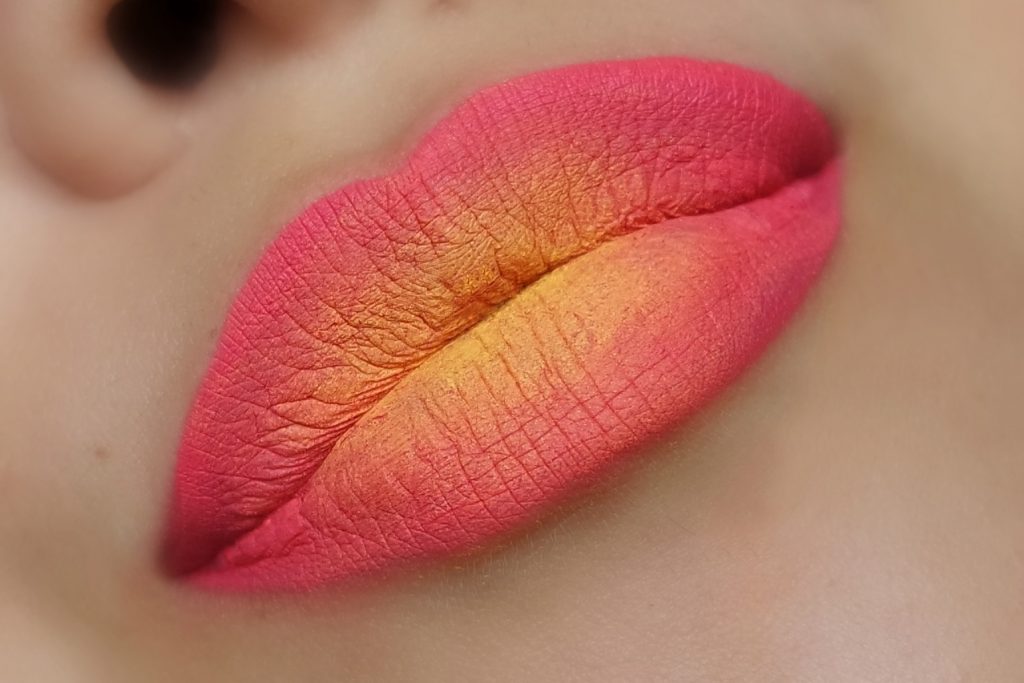 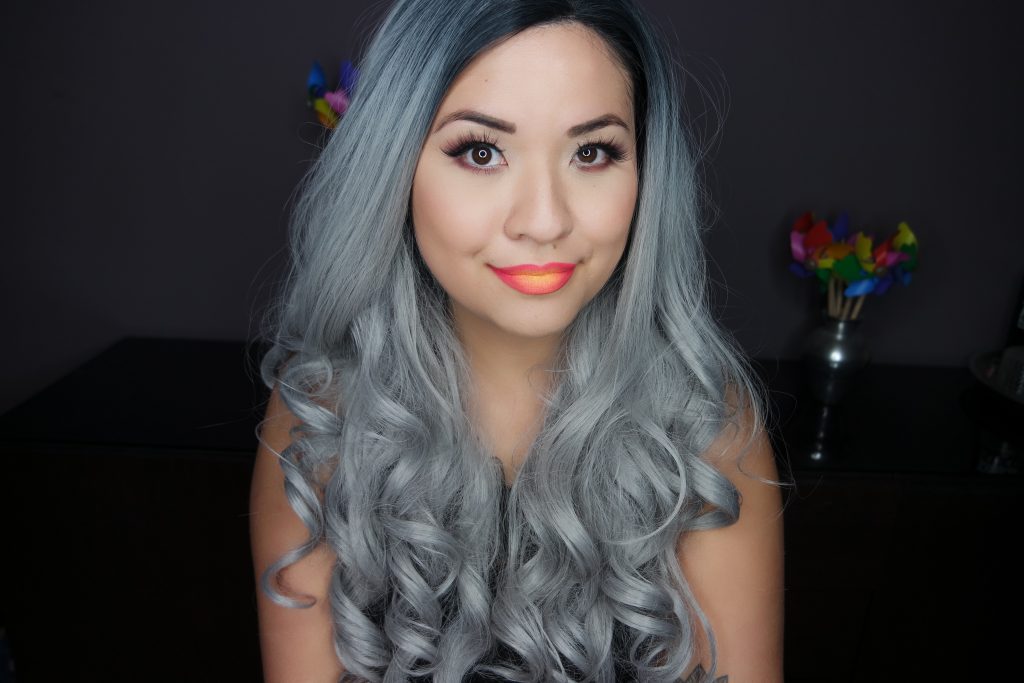 Here’s a more wearable way to combine Jeffree Star Queen Bee and Watermelon Soda. I think this is a great lip for a nice Summer event like an outdoor festival. You can also use less of Queen Bee to make it a bit more toned down and more of an orange to pink coral looking Ombré. 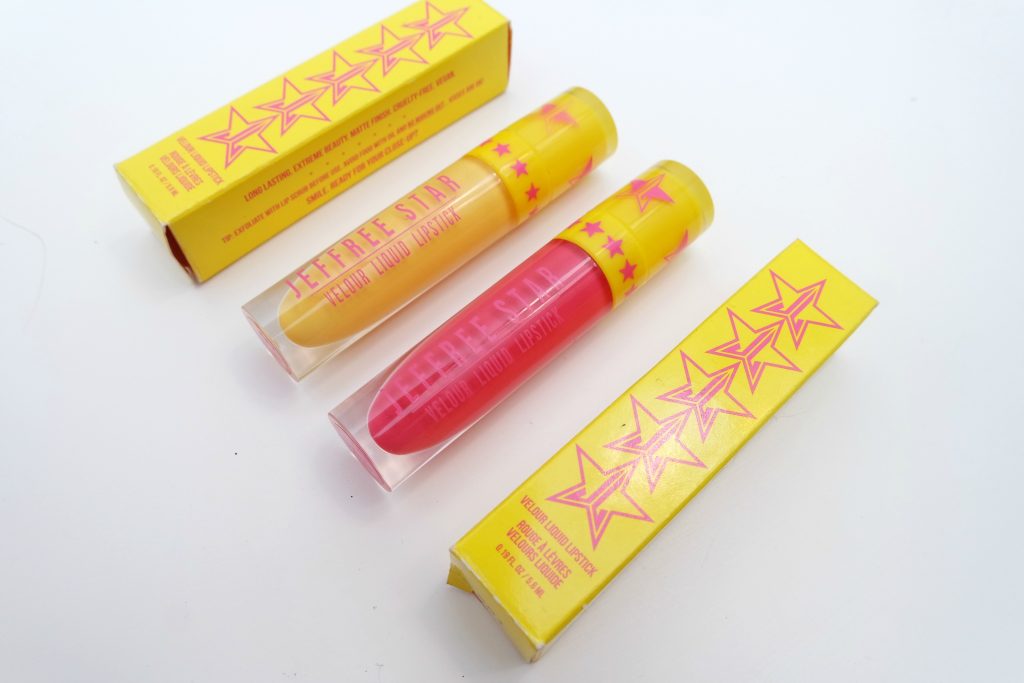 Jeffree Star Queen Bee and Watermelon Soda are both Limited Edition for the Summer 2016 Collection and will not restock after selling out. Even though the formula isn’t as good as most of the permanent shades, I would still recommend Watermelon Soda if you’re looking for a perfect Summer shade. Just be aware that the formula needs a minimum of two coats and some extra attention. I would also suggest to get Queen Bee if you’re interested in doing lipart.

Did you buy anything from the Jeffree Star Cosmetics Summer 2016 Collection?