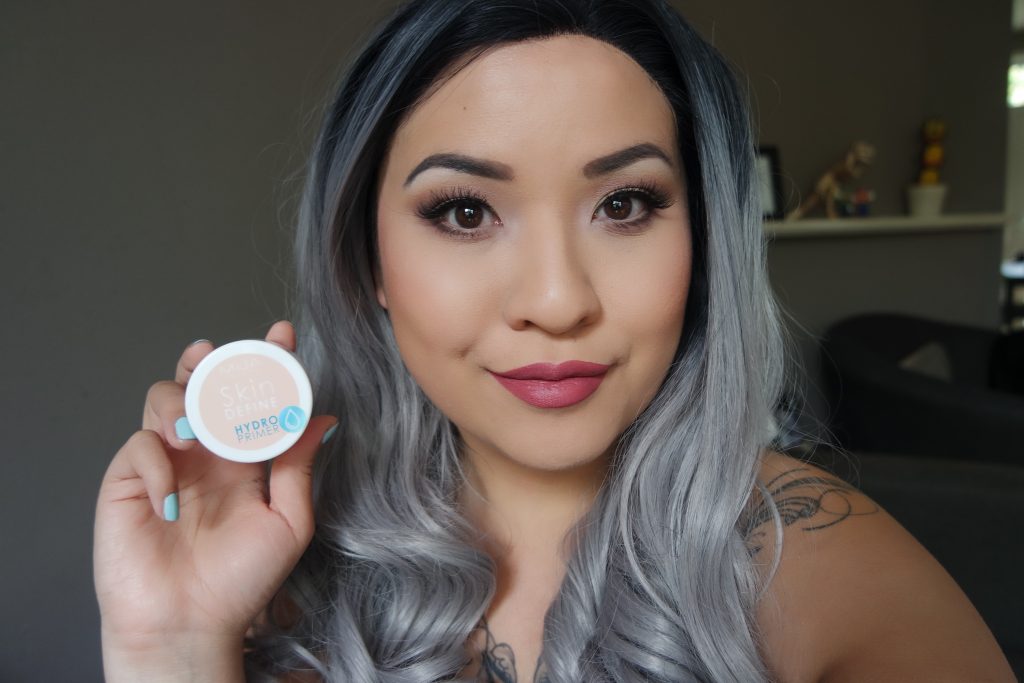 A good base is one of most essential steps for an even makeup application. I always love to test makeup primers and received MUA Skin Define Hydro Primer, which has a very unique gelformula. I’m going to give you all the details about the primer in todays post. 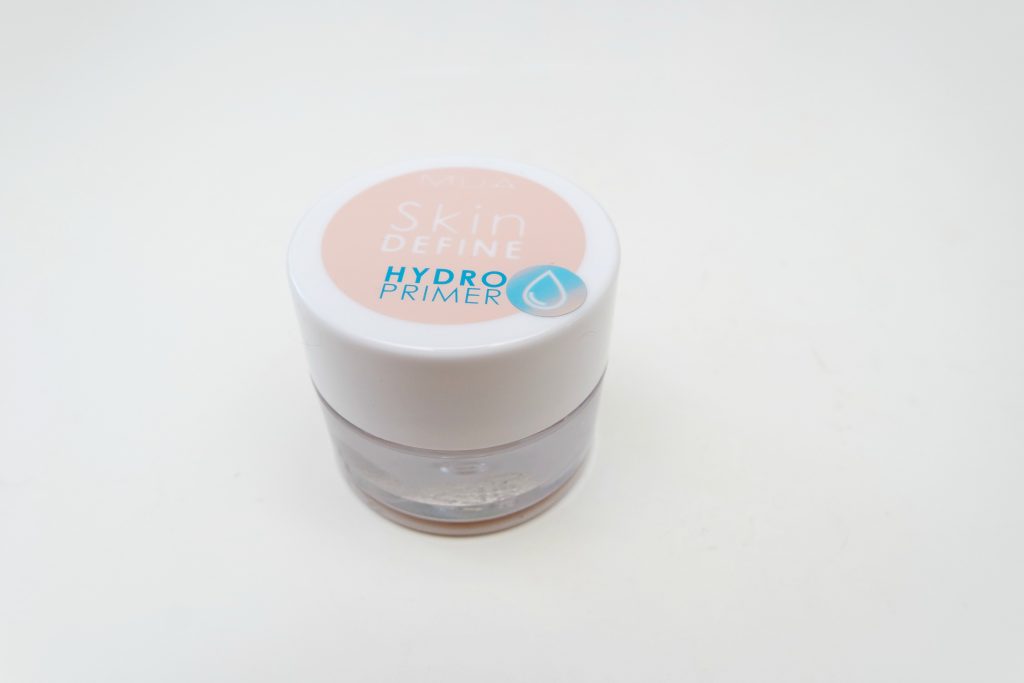 The MUA Skin Define Hydro Primer comes in a jar and contains 22g of product. I think the jar looks pretty big but I’m actually thinking you get less product compared to the average primer that comes in a tube, which usually has a volume of 30 mL. 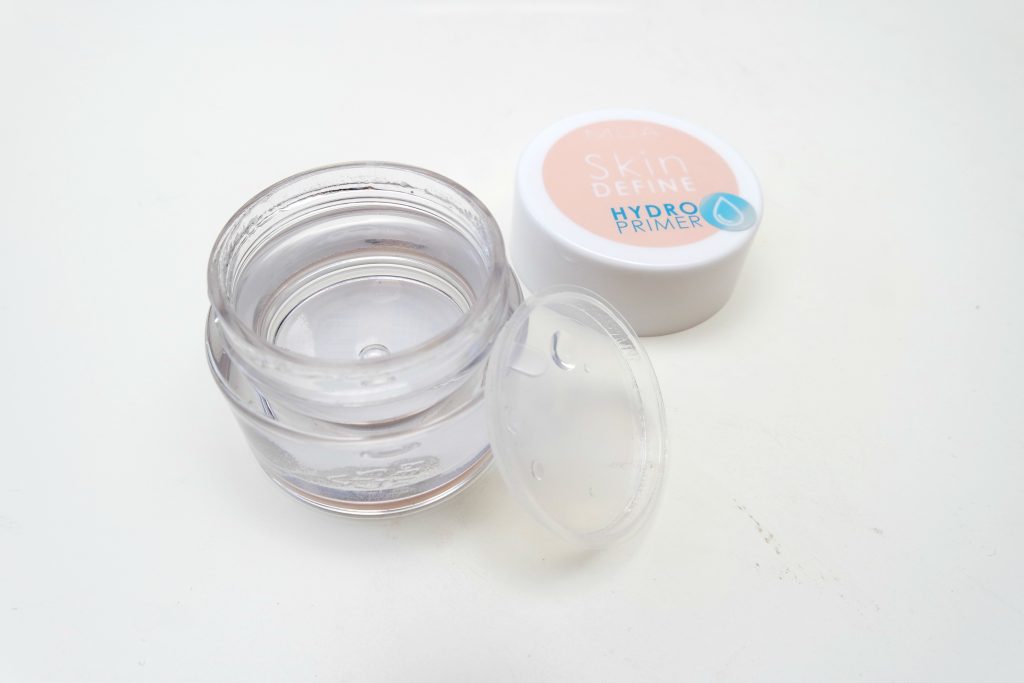 The MUA Skin Define Hydro Primer is described as “A fresh and hydrating primer in a lightweight gel formula. The soothing aqua base leaves skin refreshed and smooth allowing for even makeup application. The hydro primer has a self-repairing system, designed to reduce the appearance of fine lines and prime your face for a smooth complexion.” 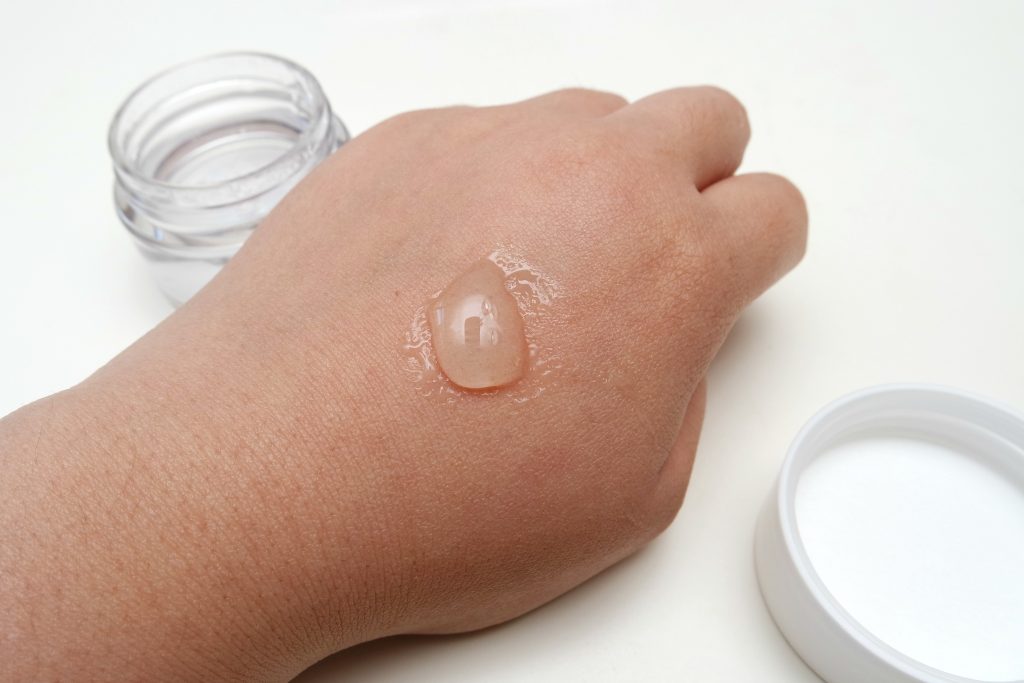 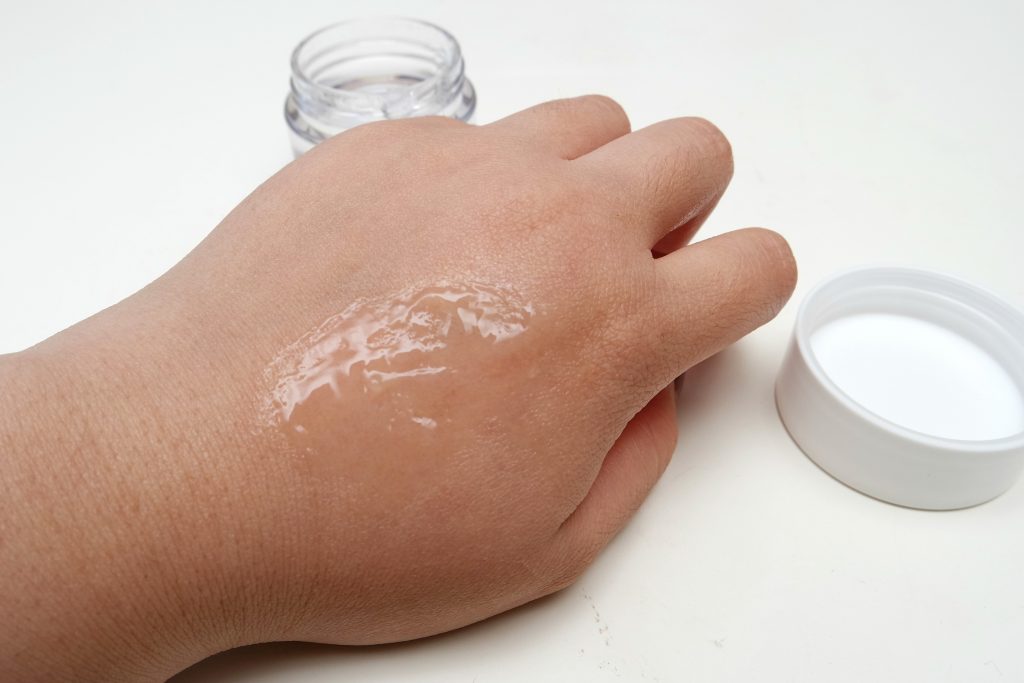 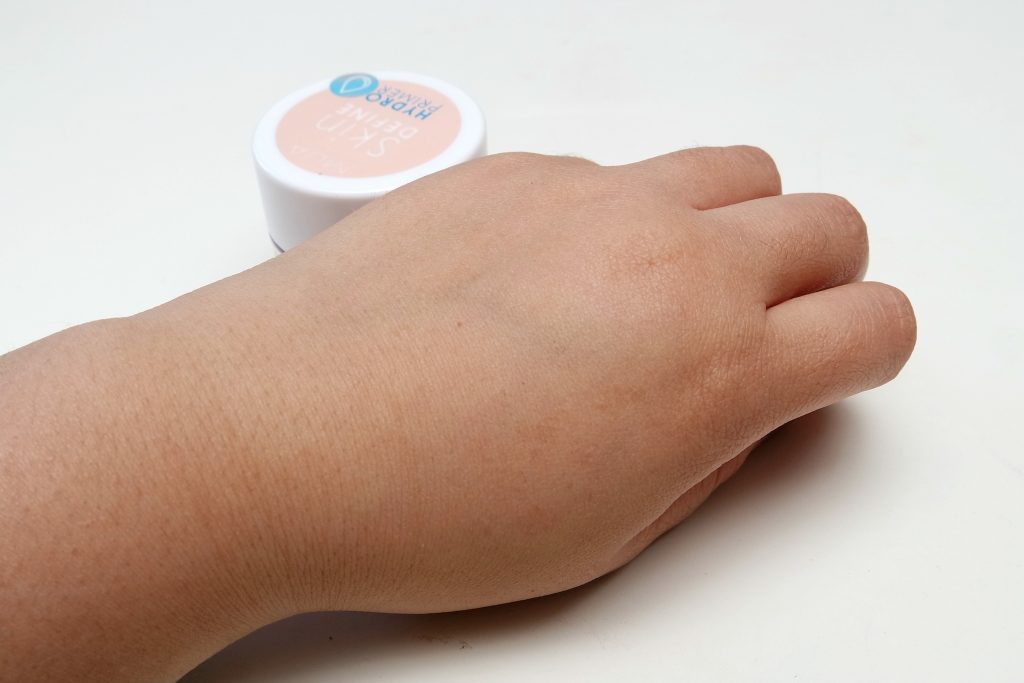 The consistency of the MUA Skin Define Hydro Primer is so weird, I’ve never seen anything like it. It reminds me of that huge jar of hair gel with bright shades that your father/brother/cousin/friend used in the 90’s. The scent also reminds me of a gel and I definitely don’t like it. The scent does go away after it has blended into the skin. The primer leaves a very thin, shiny layer and makes my skin feel a bit softer and also a bit stickier. 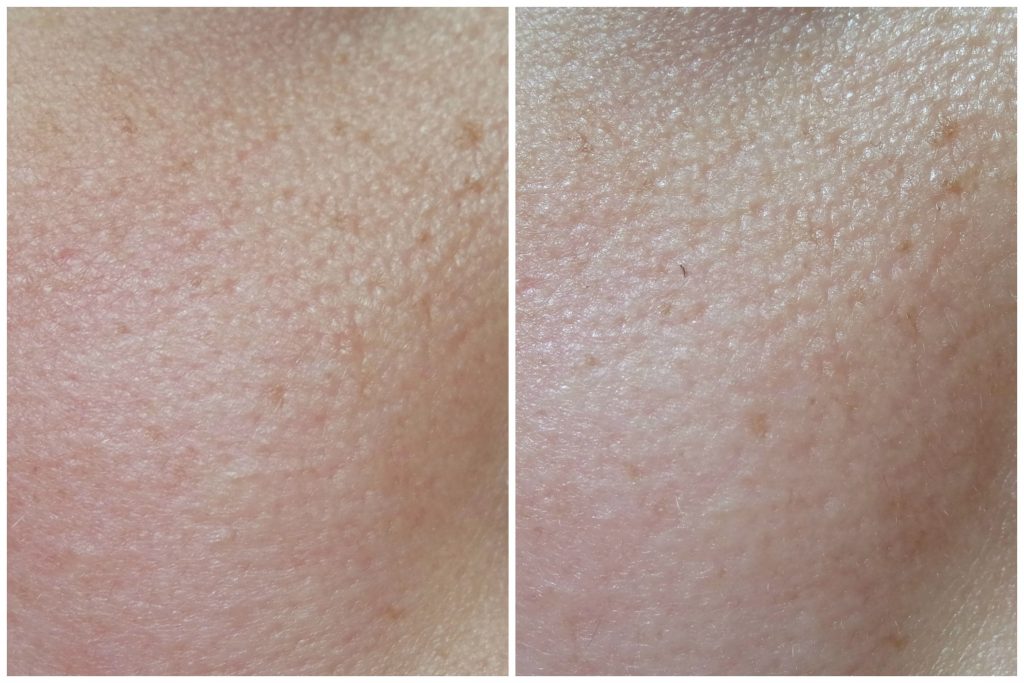 I wanted to see if the primer would also reduce the appearance of pores. I have bigger pores on my cheeks next to my nose area. On the left, I’m wearing nothing and on the right, the MUA Skin Define Hydro Primer. Unfortunately, it doesn’t look like it has any blurring effect but it also doesn’t say anything about that in the description. It does say that it reduces the appearance of fine lines, but I didn’t see that effect either. 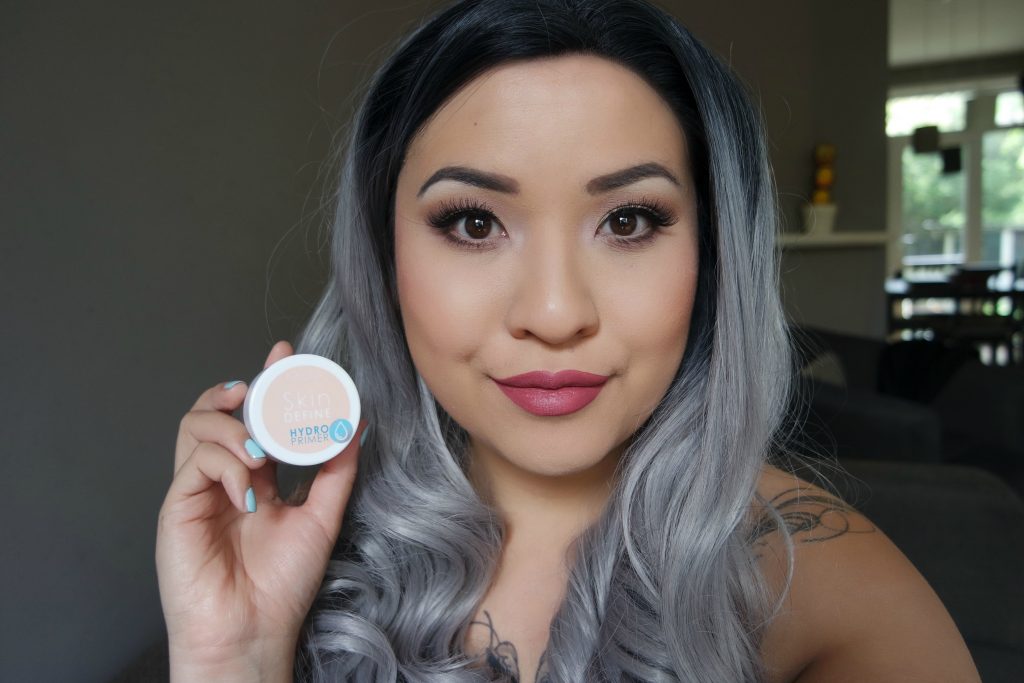 I’ve applied the MUA Skin Define Hydro Primer of the right side of my face (left in the picture) and continued doing my make-up as I would always do. This is the full ingredients list:

I’m not going to address each ingredient (Google is your friend) but I’m going to discuss the first three, since the ingredient lists are always in order from most present to lowest. The first two ingredients are water and glycerin. Glycerin is a very popular ingredient in primers that helps products that you apply on top stick better to your skin for a more even application but also has some skin repairing effect. The third, PEG-240/HDI Copolymer Bis-Decyltetradeceth-20 Ether is something that is quite difficult to look up. From what I can understand, it’s a binding ingredient to keep the consistency of the primer stable, making sure all the ingredients are evenly mixed, because a lot of ingredients do not mix without a binder product. 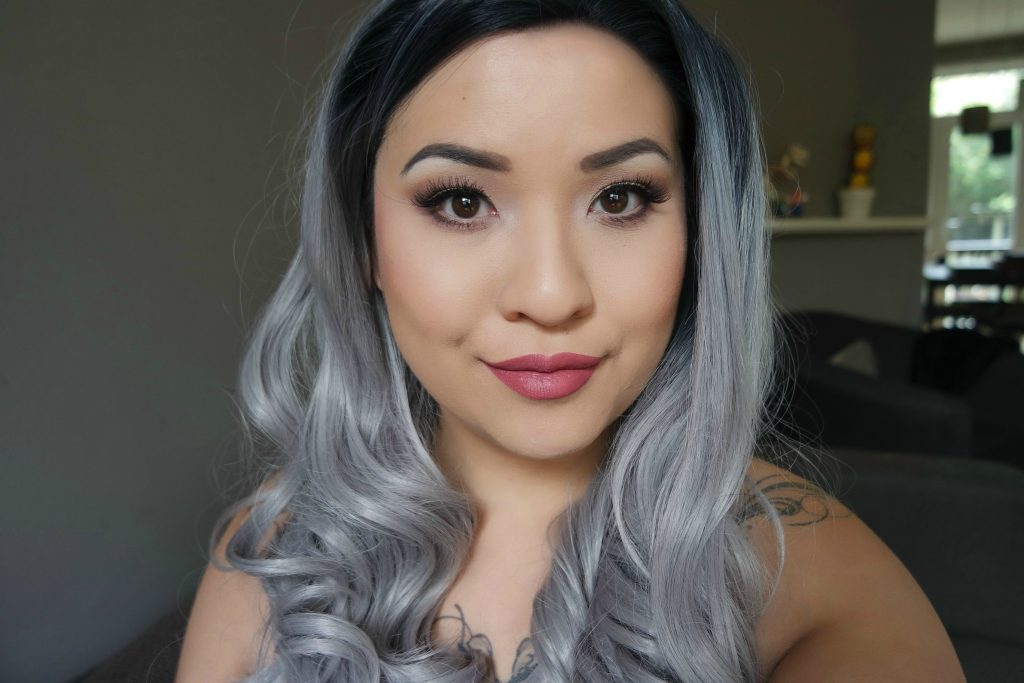 I noticed during application of my foundation that everything applied smoothly on the primer side. the other side became a bit patchy on the middle of my cheek, which is the most dry part of my face. Blush also seems to be a bit more patchy on the non-primer side. Another thing I noticed after I finished my whole makeup routine is that the primer side (left on the picture) is much more shiny compared to the right side. I have a combination skin, normal to oily on my T-zone and dry on the rest of my face, especially the cheeks. The shiny effect is especially noticeable on my forehead and nose, so the most oily parts of my face. 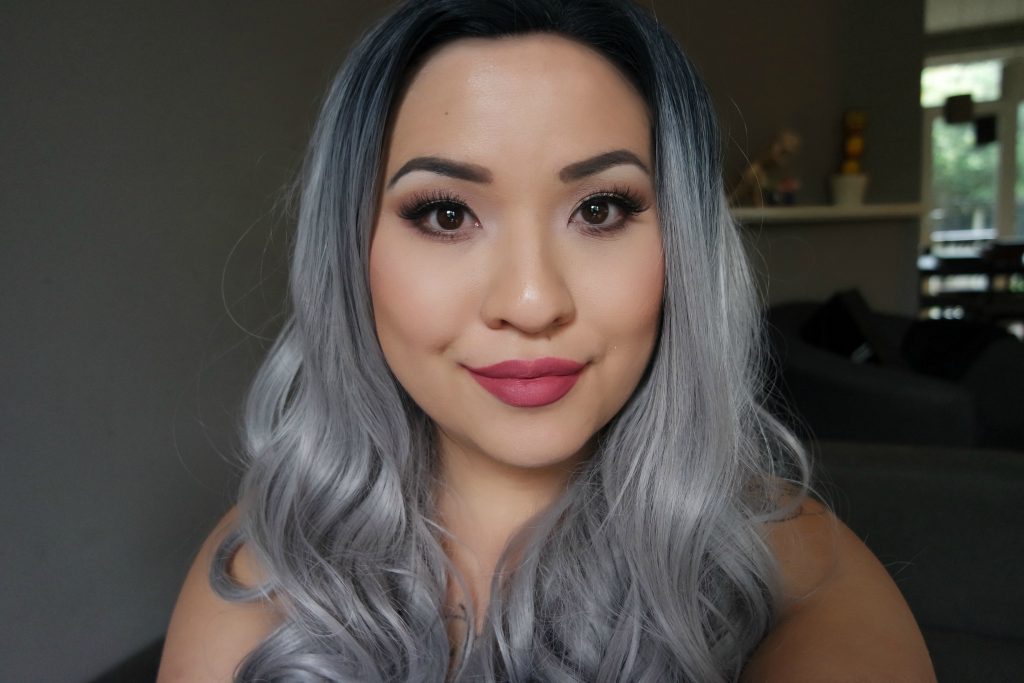 This is how my makeup is looking after six hours of wear. The shiny-ness has definitely increased over time. I don’t see a difference in wear time. My make-up looks the same on both sides aside from the shiny-ness. I think I would recommend this primer for someone who has a very dry skin who wants some extra hydration  and a more radiant looking skin. I do notice the benefits of a more even application. Since I don’t find any reduction of fine lines, I think this would work best on a younger skin. I wouldn’t recommend this primer to someone who has an oily skin and has bigger pores. I wouldn’t use the primer myself because it makes my T-zone look more oily than radiant over time. I do like the subtle effect on my cheeks, so I might be able to use this on parts of my face while using another primer on my T-zone. 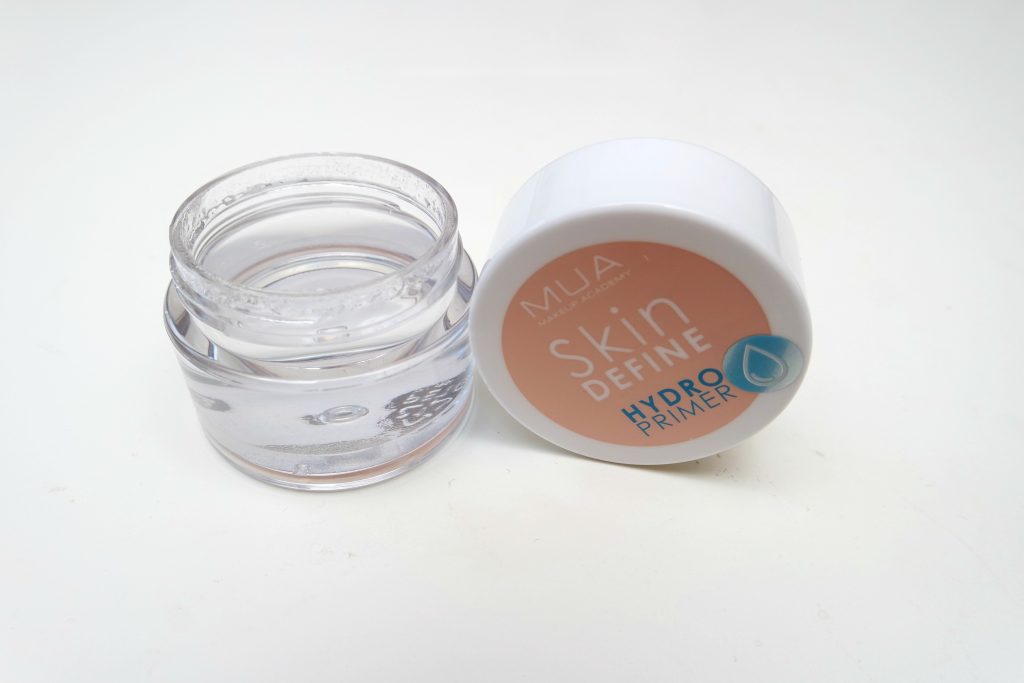 The MUA Skin Define Hydro Primer is available for €6,99 Euro at Kruidvat.nl and selected Kruidvat Stores.

Have you ever tried a primer with a gel-like formula?

*These products were sent to me for review. Please check out my disclosure page for more information.