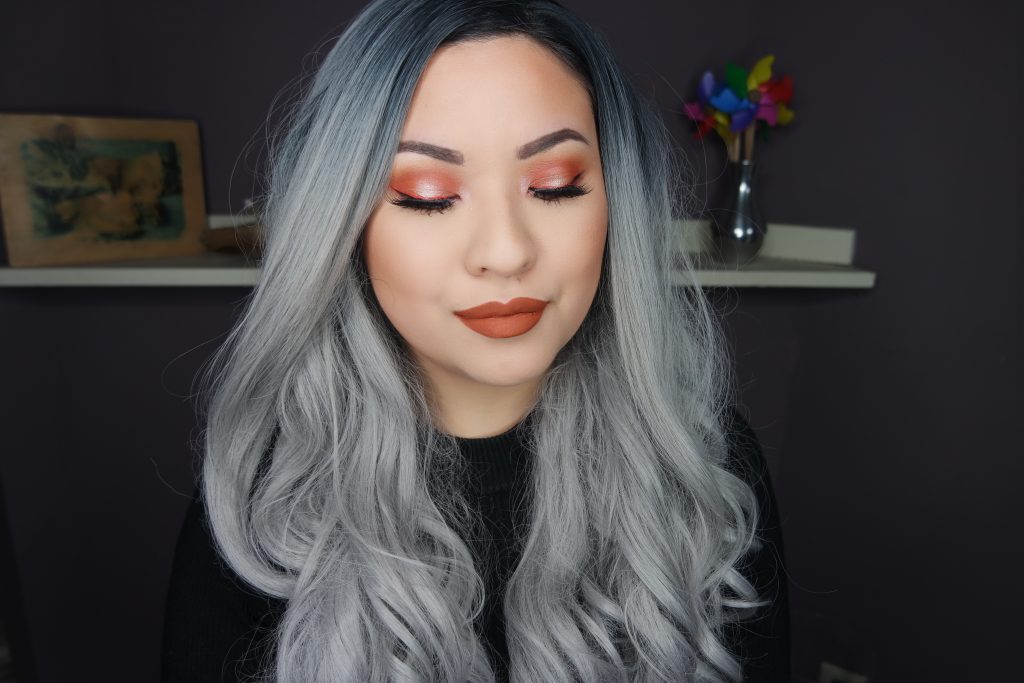 I have Multiple Sclerosis. This is an auto-immune disease which I’ve been struggling with for the last three years and the reason why I’m able to only post two articles per week on a regular basis. Today’s the National MS Day in the Netherlands and donation week starting tomorrow. To create awareness, I’ve created an Orange Make-up Look which is the color of the Ribbon for MS Awareness. I’m going to tell you something very personal, which is my journey from when I found out that I had this disease to where I am now and why it is so important to donate to the National MS Funds. 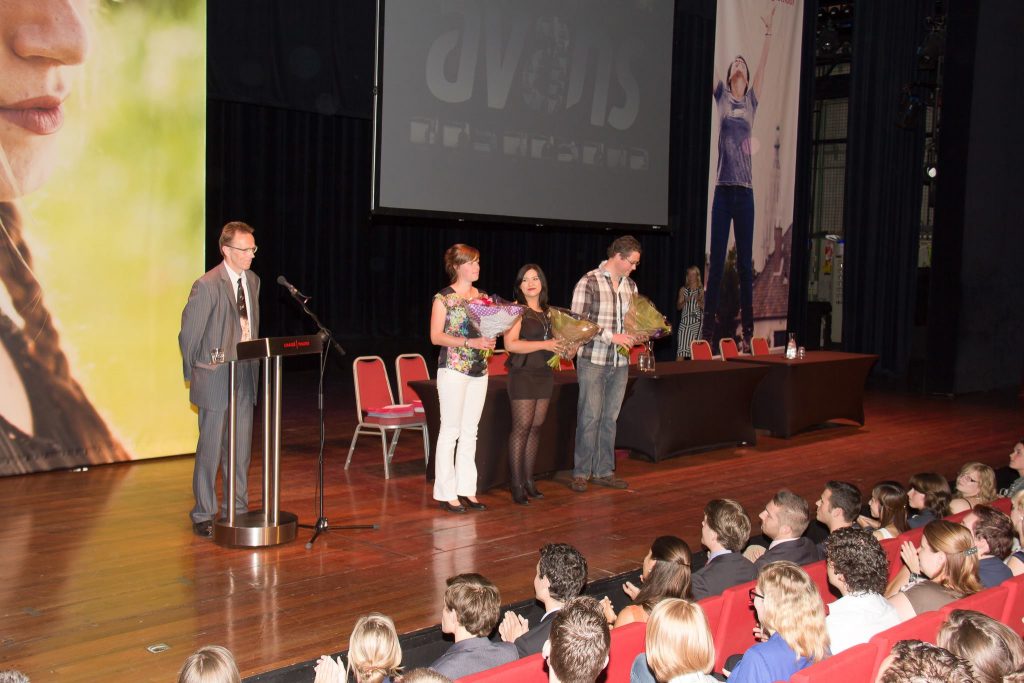 Before we’re going to discuss the bad times, I want to go a more happy time. This is me at my graduation ceremony for my Bachelors Degree 3,5 years ago. I’m standing on stage with two others because of all the 120 people that were graduating, we were the ones that graduated with Cum Laude and with Honors. I could achieve this because I’m a person who always put my heart and soul in everything I’m passionate about and always want to stand on top as an intelligent and individual human being. I was able to get an amazing job at the place where I’ve done my internship and thrived in doing my job. 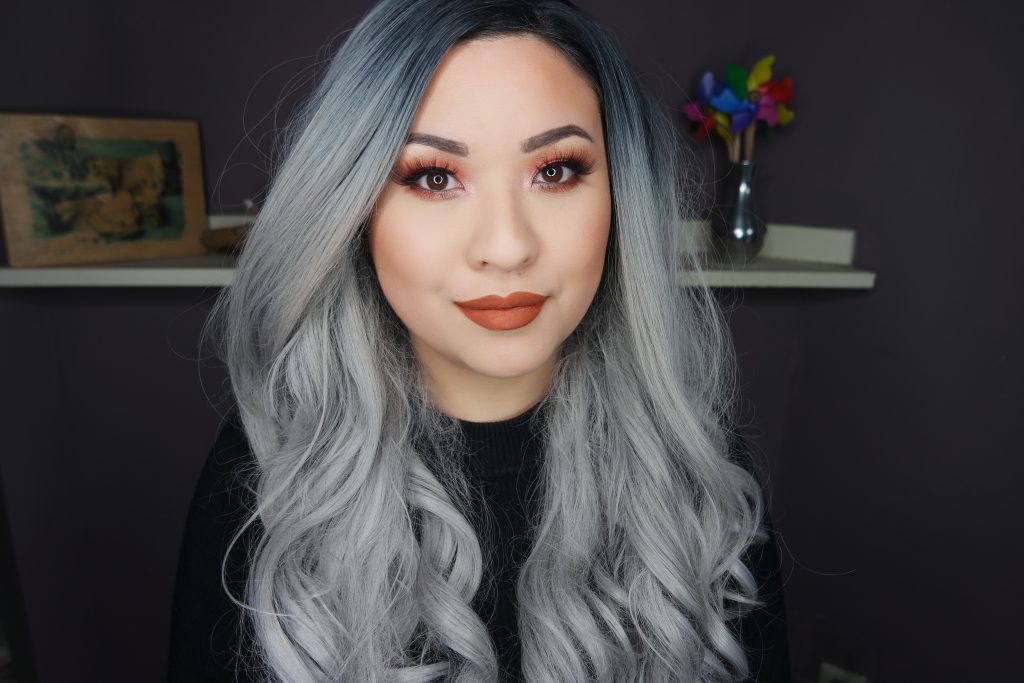 Working over time was not a problem because I loved doing my job. Over a year of working there, something slowly changed that. I was becoming tired, very very tired to the point that I slept as soon as I got from work, quickly ate dinner that my boyfriend made and went straight to bed again. My life was all about work and sleep. During the weekend, I still slept to recharge all the energy that I lost over the days. We knew something was wrong but blamed another auto-immune disease I have, which also has extreme fatigue as a symptom. One day, I woke up after a nap and I couldn’t feel half of my face anymore. It was numb and I couldn’t even feel if something was cold or hot anymore, which was so strange while drinking a hot beverage, since half of my tongue was also numb.

I went to the doctor a few days later later and was immediately rushed to the hospital. They did some physical tests like finding out what the difference is in feeling between my left and right side of the face, blood tests and some questions about if I had this experience before. I remembered that I had the same experience half a year ago before my face went numb. The part of my left leg below my knee was actually numb and feeling like it was asleep for three weeks straight. I ignored it because I thought it was just something random, but this was probably my first MS attack. This wasn’t diagnosed yet though and the doctor was writing some notes during my story and came up with two scenarios, a Brain Tumor or Multiple Sclerosis. An MRI Scan, which is a scan that takes pictures from each layer of the brains in different angles, gave the answer to this question.

As you might know already, I’m kind of a strange person. When I was going for my MRI scan, you can actually get your brain scan on DVD, which I find awesome for some weird reason. What is really f-ed up is that I’ve gotten this DVD a week before I had the actual appointment with the neurologist. My boyfriend found the DVD in our mailbox and since we’re both educated in Medical Research, he already could see in the conclusion that I have Multiple Sclerosis. He decided to keep this a secret from me so I could hear it from the Neurologist herself. He was pained with this by himself for a week so that I didn’t have to. He’s truly a crazy but sweet guy who has the best interest for me.

Here is a picture from my MRI Scan that shows a spot in my brain. Normally, you shouldn’t see any spots whatsoever but with MS, you will see little spots at different places where lesions were formed. Multiple Sclerosis is an auto-immune disease where the body’s own immune system attacks the tissue surrounding the nerve fibers in the brain, spinal cord, and optic nerves. This tissue called myeli, protects and insulates the nerves, helping them send electrical signals that control movement, speech, and other functions. When myelin broken down by the immune system, scar tissue forms and nerve messages are not transmitted properly. This can get better over time but it also can cause permanent damage.

I still have problems seeing in the dark after my MS attack in half of my face, having a blind spot in the middle of my vision. I’m also in constant pain in my right leg, which started after my third MS attack where my leg had loss in strength and had a constant, vibrating feeling for a few weeks. You never know when the MS attack begins and what it effects because it is random what nerves are broken down. People can go blind because of this disease, are not able to walk anymore or even die because the nerves that arranges the heart muscles can stop working properly.

There is no cure for MS, only medicine that can slow down the effects of the disease. There are several medicines on the market, each having their own cons. There are no pro’s except for that it might slow down the disease, but that is very personal for everybody. There is a stage one list of medicine and if that doesn’t work, you go to stage two for even heavier medication and hope that will work, which isn’t aways the case. I’m one of the “lucky” ones that immediately found something that worked out and I’m happy to say that my last attack was one year ago, while it normally was about every half year. The medicine that I’m taking is called Dimethyl Fumarate, or the brand name Tecfidera, which suppresses the immune system so that it doesn’t attack the tissue around the nerves, or at least slows it down.  I only had symptoms in the beginning, having flushes (really red cheeks and ears) and a bit of stomach pain but that was gone in a month. 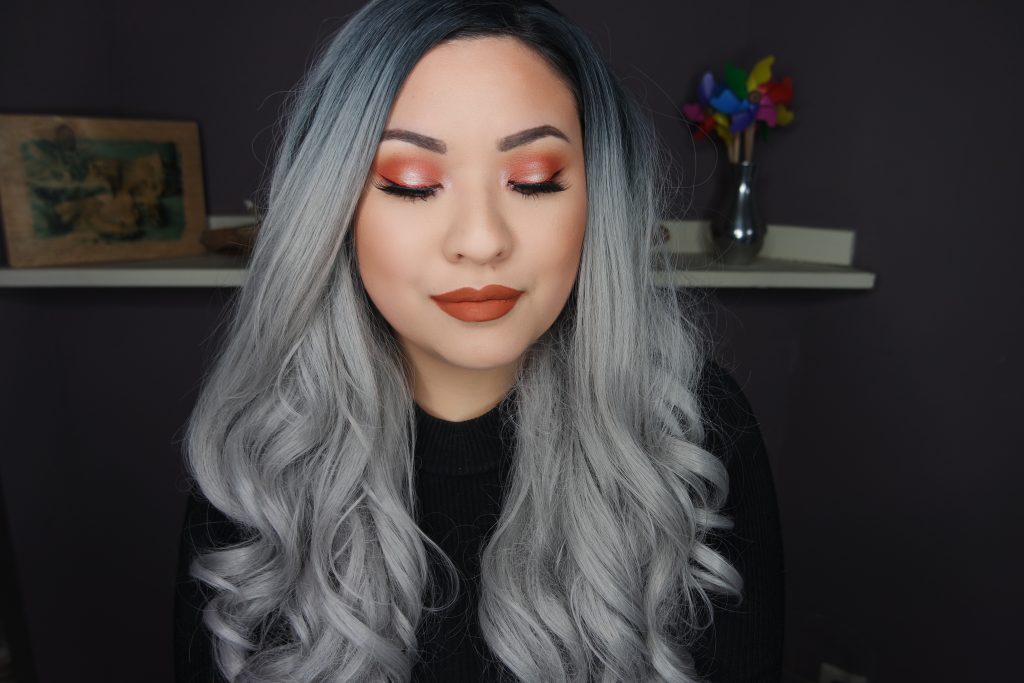 On a daily basis, I still struggle with the pain in my leg and reduced vision in the dark but the most horrible effect that MS has caused is the feeling of tiredness. I’m tired all the time all day every day. I went from someone who was happy with working fulltime to someone who could barely survive working fulltime. Together with a company doctor, we’ve decided that this couldn’t continue so I now work 30 hours per week (6 hours per day instead of 8), which is still a struggle every day. This was devastating to me, because I’m 27, just graduated with an amazing result and now I couldn’t even continue following my dreams. I was mentally exhausted and broken, but slowly learned to accept that this was better for my health. This also was proven by all the routinely blood tests that I have to do, because everything was becoming normal instead of being too low all the time! This is also the reason why I can’t do more for my blog. I wish I could write more, comment more, be more active on social media and all that stuff, but I just can’t. I don’t have the energy for it anymore because of this horrible disease. I have to take naps after work and only can make one appointment during weekends because multiple would be too tiring for me. 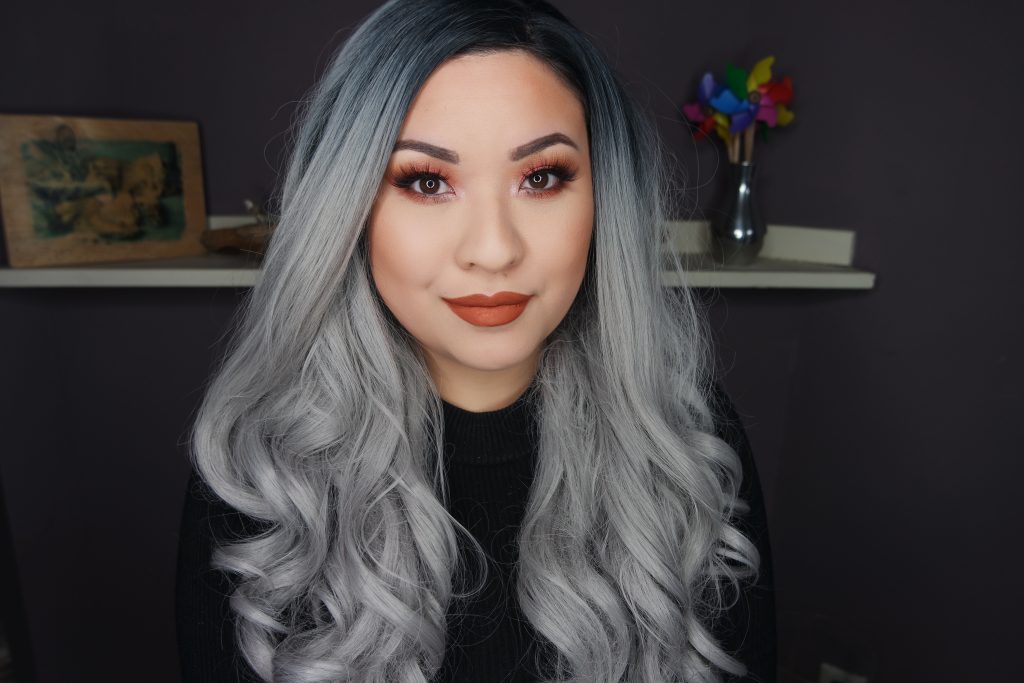 The National MS Funds is an organisation for people with Multiple Sclerosis and is active by supporting awareness, coaching and MS research. Today,  November 20th is National MS Day and starting Monday, the collection week. In several cities, they will be knocking on doors asking for donations. I beg you to please do so, any small amount will help. Even if you donate 10 cents, if everyone in the country would do that, we would raise 1,7 million Euro. As someone who is working in a research department, I can tell you that research is extremely expensive but needed to understand the disease and eventually, get a safe and stable cure that has been thoroughly tested because there still is none. For more information, please go to the National MS Funds Website.

If you made it reading this at the end, I thank you from the bottom of my heart. This was very difficult for me to write, but it might help you understand how devastating this disease can be and even might help you with your experience if you are also struggling with MS. I will be posting Orange Make-up Looks to create MS Awareness the entire week on my Instagram. If you would like to join me and to create awareness, you can always create some looks too! Please tag me (@thebeautynerd_nl) in your picture because I would love to see your work. You can also use the hashtags #multiplesclerosis #msawarenessweek #nationaalmsfonds.

Have you heard of Multiple Sclerosis before? Do you know someone who is battling with this disease?